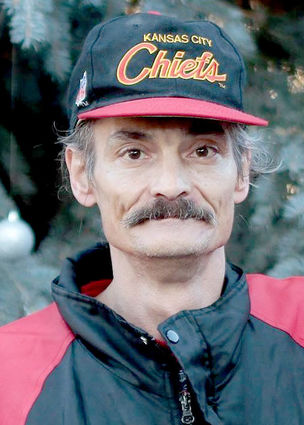 Jerry Lee Heilman, 55, of Grand Coulee, Washington, passed away at his home Tuesday evening, July 23, 2019, surrounded by the family he loves, following a courageous five-year battle with cancer.

Jerry was born Thursday, December 19, 1963, in Pasco, Washington, to Glenn and Grace Heilman. Following graduation from Lake Roosevelt High School in 1983, where Jerry was on the wrestling team, he served as an infantryman in the United States Army. Jerry worked in the restaurant industry as a cook in various Spokane eateries. This is where he first met Chay Miles. On Monday, April 4, 1994, Jerry and Chay were married at the Hitch'n Post in Post Falls, Idaho. Together they moved to Grand Coulee to care for Jerry's Dad, Glenn. Jerry quickly became known for his culinary talents, as a cook at area restaurants, including Flo's and Pepper Jacks and volunteering together with Chay in the kitchen at The Eagles. Jerry enjoyed watching That '70s Show on TV and was an avid fan of the Kansas City Chiefs. In 2017 Jerry was able to fulfill a lifelong dream: he traveled to Arrowhead Stadium in Kansas City where he watched his Kansas City Chiefs win (of course) over the opposing team. Jerry and all who had the pleasure of knowing him saw that Jerry's greatest joy-and what Jerry considered his life's greatest achievement-was his family whom Jerry loved without measure and worked tirelessly to care for. "A Great Dad, Papa & Husband"

"We, Jerry's entire family, could never express fully our love and appreciation to the Grand Coulee area communities for the unbelievable care and support which you selflessly showed us during Jerry's long illness. 'Thank You' from the bottom of our hearts!"

Strate Funeral Home of Grand Coulee is assisting the family. Fond memories and expressions of sympathy may be shared at https://www.stratefuneralhome.com for Jerry's family.