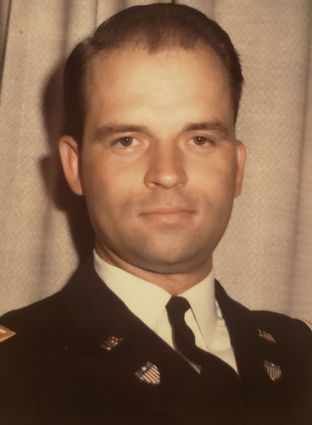 Upon graduation with a BS in Physics, Matt remained in the Army and made a career of it for 22 years. He was stationed in locations across the US as well as in South Korea, Vietnam, Turkey and Germany, retiring as a Lieutenant Colonel in 1981.

Matt then settled in Largo, Florida, as he did not like the cold and had acquired a number of investment homes there while in the service.

Throughout his entire life he had a love of movies and most anything Disney. He was a longtime attendee of the Lone Pine Film Festival in California. He also participated as an extra in the 1995 movie "The Break".

Matt loved cameras and video cameras as well as projection TVs as he was an early adopter of technologies related to video. He was also an early adopter of the internet. In the early 1990s he taught all who were interested how to create web pages on geocities to help organize and communicate his family ancestry. Also, In the mid 90s, Matt started the 'Click and Drag' Club and helped dozens and dozens of people in the Largo area learn about the internet and email; a club that still has active members to this day. He clicked and dragged many of his friends and family into the computer age. He did his part to keep the family connected with genealogical searches and created a huge family tree of information as well.

In retirement, Matt enjoyed gardening, eventually focusing on growing and propagating all types and varieties of orchids. He gave away hundreds of orchids to friends and neighbors and taught many others how to be orchiditis in the Tampa area.

Matt also loved to paint. He was able to teach hundreds of people how to paint a scenic oil painting in one afternoon, often- times holding classes in his garage, or when in Grand Coulee, in his brother Bob's garage.

He kept up friendships in Grand Coulee and helped organize many class reunions creating a "RUB" Reunion Update Bulletin that he would send out frequently to the Grand Coulee area graduates to help plan reunions and keep in touch with each other for many, many years.

During his retirement, Matt did a lot of traveling throughout the US, mainly utilizing the Army's Space Available program, freely flying to wherever was available to get to his final destination. Matt never met a relative he didn't like to visit.

Public viewing will be held at Saint Henry's Catholic Church at 11:45 a.m. to 12:45 p.m., on Saturday, July 27. Funeral Services will follow at 1 p.m.  Gravesite services with Military Honors at Spring Canyon Cemetery in Grand Coulee to follow Matt's funeral.  Bob Pachosa will be in attendance for the day.

In lieu of flowers please give donations In Matt's name to the Spring Canyon Cemetery.

Strate Funeral Home of Grand Coulee is assisting the family.  Fond memories and expressions of sympathy may be shared at https://www.stratefuneralhome.com for Matthew's family.