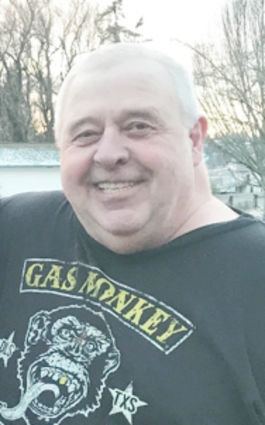 A Celebration of Life for Randy Lee McGuire will be held Saturday, July 13, at 11 a.m. at Spring Canyon Cemetery.

Randy, age 60, of Sumner, Washington, passed away due to a car accident Friday morning, October 12, 2018, in Everett, Washington. Randy was born on March 8, 1958, to Lowell and Corabell McGuire in Vancouver, Washington. He was one of 10 siblings: Greg, Jeannette, Judy, Richard, Robert, Roger, Rodney, Ronald, and Jewel. He was raised in Grand Coulee, Washington, where he met his first wife, Diana. They were married 15 years and had a daughter, Donelle, together. Randy and Diana divorced in 1998. He later met Christina, and they married December 10, 1999, and he became the father to her three children: Elisabeth, Josh, and Mark. He worked construction his whole life and was a longtime member of the Laborers Union. He loved watching Nascar and was an avid sports fan.