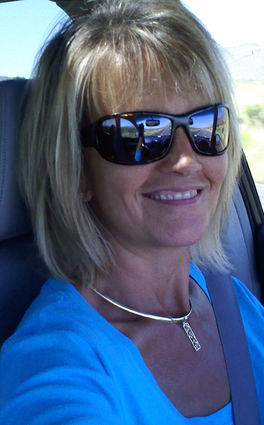 Roxanne was born on October 5, 1959, in Coulee Dam, Washington, to Leland and Phyllis Williams, joining her older sister Cheri and brother Barry. Roxanne grew up in Nespelem, Washington, where she attended kindergarten through 6th grade. With the exception of skipping 1st grade because she was determined to prove how intelligent she really was.

In high school, she was in pep club and extracurricular activities. She led her friends into and out of many situations, including changing the "Seniors Have Class" to "Seniors have ...," well, the first two letters were removed.

Roxanne graduated from LRHS in 1977, and then attended college at EWU. She spent one semester in Mexico, which sparked her desire to travel. She then moved to Arizona with her lifelong friend Kathy.

She had a spirit for adventure her whole life. She loved exploring places and meeting new people, even working for Alaska Airlines so she could travel more. Roxanne had an immense love of the ocean and sandy beaches, finding solace in the peaceful sound of the waves.

Roxanne settled down in Covington, Washington where she raised her two boys, Dalton and Garrett. She had a passion for being a mom. Her sons have fond memories of her dressing like a witch to hand out apples on Halloween at the bus stop, her fresh-baked chocolate chip cookies after school, and cuddling up with her in the mornings while she read the newspaper and drank coffee.

After her sons were grown, Roxanne re-connected with her high school sweetheart, Mike Allen. Their courtship began again as if there had never been any time or distance between them. They were married on December 22, 2007. With the marriage, she became a mom to two more boys, Keaton and Avery. They moved to Sierra Vista, Arizona, where Roxanne enjoyed the sun and the dry desert air.

Roxanne meant so much to all those she loved, those she touched in some way, and those she made laugh. She had a delightful humor and infectious sense of fun. When you saw the glint in her eyes, you knew she was planning something.

Roxanne shared her God-given gifts with this world, and those in the next have no idea what they are in for...

Roxanne is preceded in passing by her parents and sister Cheri.