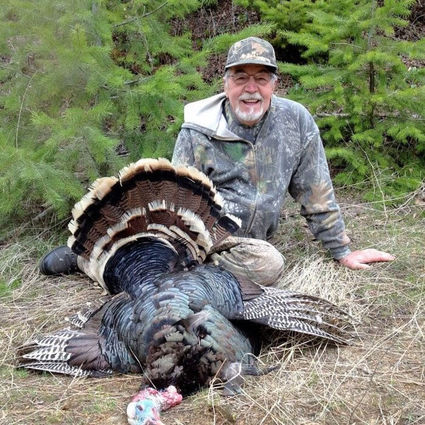 Michael Joseph Neumann, 76, passed away peacefully at his home in Grand Coulee, Washington, on Monday, June 10, 2019. He was born November 8, 1942, in San Pedro, California to Michael and Helen (PeeWee) Neumann. He was married to Marilyn Barnes on December 20, 1963, in Gardena, California.

In 1965 they moved to Dayton, Washington to begin his career as a heavy equipment mechanic at Little Goose Dam. In 1969 he moved his family to the Grand Coulee Dam area to work on the construction of the third powerhouse. He fell in love with the Grand Coulee Dam area and he made it his home for the rest of his life. Mike enjoyed hunting, fishing, camping, golfing and spending time outdoors with his family and friends.

He is survived by his wife, Marilyn; sons: Mark of Spokane Valley, Washington and Michael John of Spokane, Washington; sister, Sharlene Goddard of Hisperia, California and his four grandchildren: Jacob, Sam, Noel and Michael Jerry.

Mike is preceded in death by his parents, Michael and Helen; his uncle John Heckart and aunt Vivian Heckart.

A Celebration of Life for Michael will be held on Saturday, July 13, in Electric City, Washington. Further notice and details for the celebration will follow.