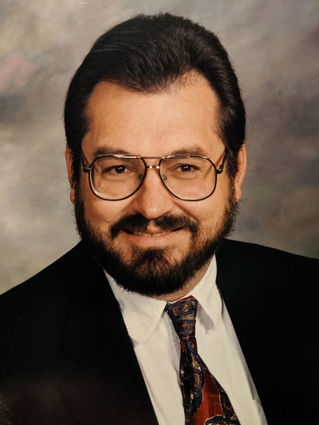 Paul James Schepler, 68, born Thursday, July 6, 1950, in Sterling, Colorado to the home of Walter and Edna Florence Dick-Schepler, has passed away in Coulee Dam, Washington.

Growing up on his family's dairy farm in Oral, South Dakota, Paul graduated from Hot Spring High School, then attended the South Dakota School of Mines & Technology. During his professional career, Paul worked in concrete and masonry with Schepler Construction in South Dakota, the Bureau of Land Management in Anchorage, AK and for the Bureau of Reclamation as a Computer Systems Analyst in Grand Coulee, Washington.

As a member of Zion Lutheran Church of Grand Coulee, Washington, Paul served on most of the boards at various times including President of the congregation and most recently as an Elder, he also sang in the church choir and sang many solos. Paul lent his talents to the Anchorage Concert Chorus, The Planet Earth Players Community Theater and the Grand Coulee Community Choir. His travels included enjoying and photographing the beauties of Fiji, Australia, New Zealand and the Hawaiian Islands. A man of countless interests and hobbies, Paul nourished a lifelong love of music, blessed with a wonderful singing voice, as well as becoming proficient on the guitar, keyboard and organ. Paul enjoyed skiing, the brisk breeze of sailing a Hobie Cat and as Ham Radio Operator, call sign "AL7GH" broadcasting once from a checkpoint during Alaska's grueling Iditarod Dog Sled Race.

Fond memories and expressions of sympathy may be shared at https://www.stratefuneralhome.com for Paul's family.