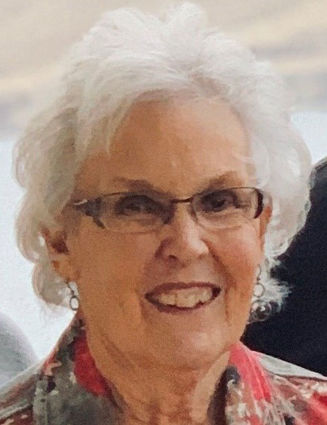 Marilyn K. Sorensen, 82, passed away peacefully with her family by her side on Thursday, May 16, 2019, at her home. She was born on July 21, 1936, in Spokane, Washington, to Delmar and Lucile White. She grew up in Almira, Washington, and graduated from Almira High School as a member of the class of 1954. She then attended WSC (now WSU), where she met the love of her life, future husband, Don. They were married November 10, 1956, at the Almira Community Church.

During the early years of their marriage, they resided in Edwall, shington. They eventually returned to north of Almira to the family homestead farm, where they raised three children. The farm was where she loved to be throughout her life.

Marilyn was a life member of the Evening Star Chapter #108 of Eastern Star. She began her Eastern Star journey on February 14, 1973. She served as Worthy Matron in 1978 with Worthy Patron Norm Peterson and 1986 with Worthy Patron Dick Douglas. She was appointed as Key Note Deputy instructor (1980) and Grand Representative of Texas (1991). In April of 1992, she followed in her Aunt Dorothy Maxwell's footsteps, becoming chapter secretary. Originally saying she would hold the office for only 5 years, 26 years later she was still writing the minutes in rhyme, which was quite a feat. In October 2018, the chapter honored her dedication, awarding her Secretary Emeritus. In 2007, she was appointed Grand Esther of Washington, traveling the state far and wide with her escort, Don, by her side. Her Eastern Star friends affectionately gave her the title "Queen of Bagdad Junction."

Marilyn was a founding member of the Lincoln Hospital Foundation and a board member for the Almira Cemetery Endowment fund. She was an active participant of the Wilbur Community Presbyterian Church, where she took part in many aspects of the church life. She was an avid reader, enjoyed playing bridge every two weeks, lunching with the Long Stem Roses group and loved her garden and yard work. She also was a sports fan, especially Gonzaga basketball. Games were never missed and post-game reviews with friends or family were a must. When retirement from farming approached, Hanson Harbor on Lake Roosevelt became a second home where she enjoyed neighbors and hosting friends who became very special in her life.

Marilyn had an unwavering faith in God and was a friend to all, as she was always more concerned about others than herself. You will never meet a person with a more positive outlook on life; she loved it to the fullest. She was a wonderful mother, grandmother, and took special delight in being called "GG" by her five great-grandchildren.

The family would like to thank all of her relatives and friends, both young and old, for the many visits to the farm and conversation around the kitchen table. Marilyn thoroughly enjoyed all the kind words, great conversation and many laughs and love that were shared.

The family would also like to give their greatest gratitude to Assured Hospice for all their care and support given to Marilyn in the recent months.

She is preceded in death by her parents and her loving husband of 55 years, Donald Sorensen.