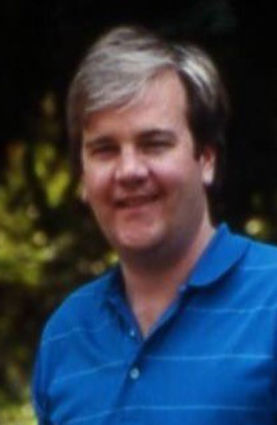 John H. McNeil, 67, passed away Thursday, April 18, 2019, at Hospice House of Spokane in Spokane, Washington. He was born March 6, 1952, at Sacred Heart Hospital in Spokane to John R. McNeil and Betty (Little) McNeil.

John was raised in Coulee Dam, Washington, where he graduated from Coulee Dam High School in 1970. He went on to graduate from Washington State University, where he earned a BA in Political Science and Economics. After graduation, he returned to Coulee Dam, where he worked as a Senior Power House Operator and apprentice instructor at the Grand Coulee Dam. He met his wife, Carolyn, at a high school football game at Lake Roosevelt High School and they were married June 17, 1978. John enjoyed more than anything to spend time with his family. Some of his favorite days were spent watching his children's school activities and athletic events. He continued to be an active part of their lives as their "happy helper" as they went on to coach teams of their own. John enjoyed and took pride in helping in his wife's kindergarten classroom, reading stories, turning the jump rope, leading science experiments and teaching vocabulary words. Even after his kids had graduated, he continued to be a fixture at Lake Roosevelt Athletic Events.

John was a member of DeMolay (lifetime), Intercollegiate Knights, WSU Alumni Association, Cougar Club, FOE, IBEW 77, and Coulee Dam Masonic Lodge. He was a 3rd Degree Mason and started the Coulee Dam Lodge's Books for Bikes program. John was especially active with the IBEW 77, serving as the Columbia Basin Trades Council President, Chief Negotiator and Project Chief Steward. Within the local unit 124, he was a member of the Joint Cooperative, Joint Safety, Joint Apprenticeship and U.S. Department of Interior Partnership committees.

John is survived by his wife of 40 years, Carolyn; daughter, Molly; and son, John (Ashley); mother, Betty; and cousins, Marcia Henkle (Mel) and Maryanne Bechtol. He was preceded in death by his father, John R.; and son, J. Kenneth.