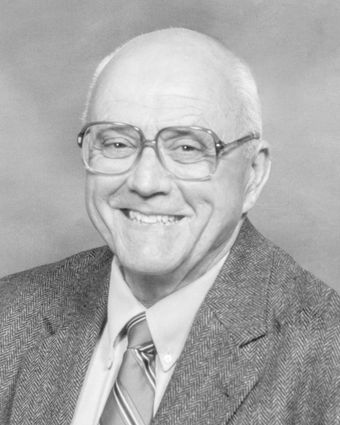 Marvin Lewis Farver passed peacefully on Friday, March 29, 2019, at the Colville Tribal Convalescent Center in Nespelem, Washington. He was born in Tonasket, Washington, on June 10, 1934. He married Marilyn Dow, the love of his life, on January 23,1955, and treasured her for 64 years. Together they raised six children.

Marvin loved spending time with his family and passed many hours watching them participate in sports and school activities. He also enjoyed reading, camping and trips to the ocean.

Marvin worked many jobs in his early years, doing whatever was needed to support his family. In 1961, Marvin began working for the Okanogan County Sheriff's ofﬁce. In 1967, he became a custodian for the Nespelem School District and concurrently served for a time as a civil court judge with the city of Nespelem. He served as a union representative at the local and state levels. Eventually he became head of maintenance and transportation at Nespelem Elementary School and, over the years, helped many new administrators settle into their roles. He retired in 1997. More than a custodian, Marvin was "a problem solver and an ear for those who needed to be heard" to staff and students alike.

Highly involved in and respected by his community, Marvin enjoyed working with children and was a Little League coach, umpire and Boy Scout troop leader for many years. He was awarded the BSA's District Award of Merit and the Silver Beaver, a national recognition for years of distinguished volunteer work. He also received the North Central Educational Service District Excellence Award in 1996 for service at the school.

Marvin took great pride and joy in his involvement with the annual Nespelem 4th grade camp at Lost Lake. Beginning in 1980, he drove bus, cooked, and built ﬁres, and then continued to volunteer to help with the trip after he retired.

He was a member of Banks Lake Bible Church, where he served as an elder, taught Sunday school, and led music. Marvin had a personal relationship with his Savior, Jesus Christ, and loved to share his faith with anyone who was interested. He was instrumental in the growth of both the physical building and the spiritual health of his church.

Marvin is survived by his wife, Marilyn, and children, John, Scott (Carmen), Lisa McGowan (Kevin), Darryl Moulton (Sharon), and Perry Moulton; 12 grandchildren and many great-grandchildren. He was preceded in death by his daughter, Brenda Farver Lamoreaux.

Marvin will be remembered for the passion and commitment with which he approached everything he was involved in.