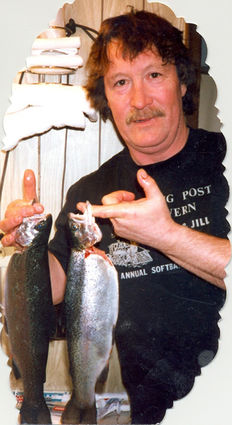 Dale Lee Green, 74, of Grand Coulee, Washington passed away Sunday morning, January 27, 2019, at Coulee Medical Center in Grand Coulee. Born Saturday, December 30, 1944, in Boise, Idaho, Dale was a loving, kind and giving man and will be truly be missed by all who knew him. A member of "Plumbers and Pipefitters U.A. Local 26," Dale began his career in 1964, proudly working alongside his Union Brothers and Sisters as a Worker and Supervisor. Upon his retirement, Dale left behind many coworkers who were also dear – dear friends. On Friday, May 1, 1987, Dale married Vickie Perry in Everett, Washington. For 25 years, Dale was a Coach, Player and Tournament Director for Women's & Co-ed Softball tournaments in Everett, Washington. He also directed Arlington, Washington's infamous Halloween Softball Tournament for 23 years – during which players were not only scored for their athletic talent while running in the reverse direction (clockwise) around the bases, but also for the Halloween Costumes they wore while playing.

Sixteen years ago, Dale and Vickie retired to the Grand Coulee, Washington area, where Dale continued to be active, cleaning up after Colorama festivities and helping organize softball tournaments. He loved fishing in the Columbia River below the Grand Coulee Dam, hunting with both bow and rifle and target practicing.

Dale's family requests that any donations be made in in Dale's memory to the charity of one's choice.

A celebration of Dale's life will take place in Burlington, Washington, at "His" Union Hall on a future date.

Fond memories and expressions of sympathy may be shared at https://www.stratefuneralhome.com for Dale's family.