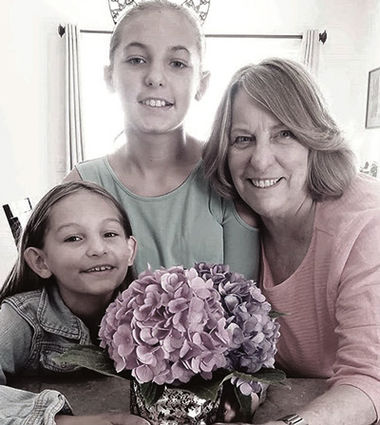 With extreme sadness we said goodbye to Barbara Jean Cole, lovingly known as "Bobbi", who passed peacefully on Thursday, January 24, 2019, at 11:50 a.m. in Coeur d'Alene, Idaho.

Barbara was born in Turlock, California, to James and Leta Cole on November 29, 1943. She was the youngest of three children. The family moved to North Hollywood, California where Bobbi attended the brand-new Polytechnic High School. As a member of the inaugural class, she maintained friendships with her high school friends until very late in life. In 1962, Bobbi and David married, and in 1966 gave birth to their daughter, Kimberley Anne.

Bobbi and Kimberley moved to central Washington in 1975. Over the next three decades Bobbi, aka Bobbi Urso, held several positions at the Grand Coulee Dam until her retirement in 2007.

Bobbi led an adventurous life and had a wide array of interests and talents. Besides being an avid gardener, proficient hunter, competitive skeet shooter, and cross country skier, Bobbi was a skilled seamstress and quilter - even providing clothing and blankets for disabled veterans, as well as other worthy causes. She studied world religions and held an interest in archeology. In recent years, she developed a strong passion for genealogical research. Becoming a DAR member motivated her to travel to Washington, D.C., where she dove deeper into our family's lineage at the DAR Museum and headquarters.

Bobbi was considered by all to be a tough, fiercely independent, and resourceful woman, with a huge heart. She modeled these traits for the ones she loved most in this world - her daughter, granddaughters, and great granddaughters. Although life often throws us curveballs, she always exemplified grace under pressure, compassion and resilience.

She is survived by her daughter and son-in-law, Kimberley and David Shillam; granddaughters and their husbands: Lisa Marie and Bryan Rider, and Jillian Beth and Barret Crabtree; her precious great-granddaughters: Alliana Faye and Ella Anne Rider; brother, Delbert; and her loving extended family.

The family will conduct a private memorial service at a date to be determined. In lieu of flowers, donations can be made to the Wounded Warrior Project.