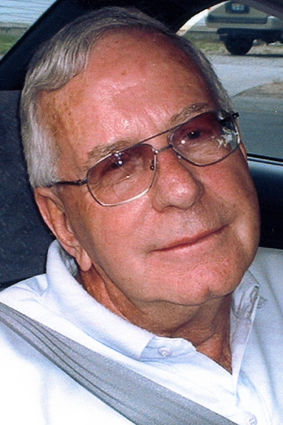 LONG-WINDED OBITUARY!" We were told to say "the old fart was here and now he is gone!" His dry sense of humor kept us smiling up to the end.

As his children, we want to acknowledge all that he did in his lifetime. Number one was loving us all unconditionally.

Dad was a construction engineer, building dams along the Columbia River, then went on to build the first condos and a golf course on the island of Kauai in Hawaii. He worked many other projects throughout his lifetime until he retired at the age of 81! He was well respected by all that knew him and worked with him.

After he retired, he helped "Mom" in the Grand Coulee Senior Center and used his construction skills on many things, including a Library for the Seniors which he maintained until his death.

He was preceded in death by his wife, Eloise, and son, Steve. He is survived by his children: Kerry (Dave) of Grand Coulee; Randy (Pam) of Coulee Dam, and Don (Terri) of West Richland; seven grandchildren, 14 great-grand children, and one great-great-grandchild; two sisters: Connie Babler, of Coulee Dam, and Sandra Bowman Lucerno, of Denver, Colorado.

There will be no services at his request, but on Fathers Day the Family will have a remembrance time to spread the ashes of Ken, Eloise and Steve, per their request.

Goodbye, "Old Fart." We will miss you terribly!