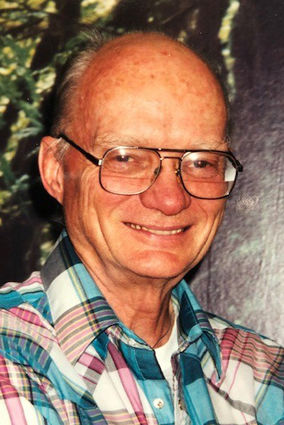 He was born in Blenheim, Ontario, Canada, on March 30, 1930. He was raised in Windsor, Ontario, and, in 1952, joined the United States Air Force. He was stationed at Stead Air Force Base in Reno, Nevada where he met his wife, Alyce. They were married in Reno in 1957.

Allan and Alyce had three children, all born in Reno. After Allan's honorable discharge from the USAF in 1956, he worked for the Bureau of Mines, Reno station from 1956 until 1965. He then worked for the Bureau of Reclamation as a construction inspector at pumping plants and canals in California, at Los Banos and Coalinga. In 1970, he transferred to Grand Coulee to work on the pumping plant and the Third Power Plant on the Grand Coulee Dam. He retired in 1985. He enjoyed working in his woodworking shop.

Allan is survived by one sister, Kathleen Antaya (Ted); his wife of 61 years, Alyce; one son,

He was preceded in death by his oldest daughter, Kim, and one grandchild, Mandy.

A memorial service will be held at St. Henry's Catholic Church at a later date.