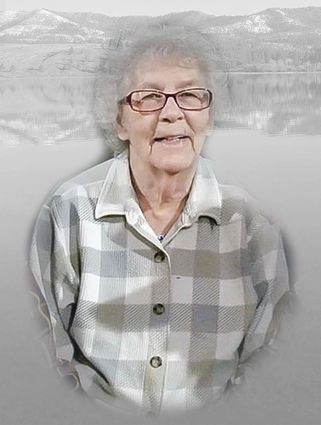 Beverly Jean Carlson Morin, 83, was born to Ed Carlson and Sadie Desautel at home near Disautel, Washington, on July 16, 1935.

Bev attended school at Nespelem and wherever else her dad found work. In the fall of 1951, Bev and Patsy attended Chemawa Indian School. This is where Bev would meet the love of her life and life-long companion, Pat Morin Sr. She also made lifelong friends, which included Lucetta Hahn Stafford, Leonard Hahn, Joey Coburn, Jim Coburn, Marceline Hahn Hubert, and Merietta Hahn Ford, to name a few.

While in high school, Bev worked at the Indian Health Services during the summer months. She stayed with her grandmother Louise during this time. When it was time to return to Chemawa in the fall, Bev provided monetary support for herself as well as her sister and friends. Lucetta Stafford expressed to Bev many, many times her gratitude for all Bev did for them during this time.

Bev often told the story of arriving at Chemawa and getting all set up. There was a dance held shortly after their arrival. She said she walked into the dance and Pat came right up to her and asked her to dance. It was after this night that Pat made the announcement that Bev was his girl and the guys were to stay away! Pat had attended Chemawa since he was in the second grade, so he had the reputation of ruling Chemawa! Bev graduated from Chemawa in 1954. She was Valedictorian of her class. After graduation, she returned to Nespelem. It was just a couple of weeks later that Pat joined her.

Bev worked at the Colville Indian Health Services, Neal's Store, Nespelem School, Colville Tribe, and lastly as the Manager of the Trading Post Store (CTEC). She retired in approximately 2004.

In May of 2012, Pat was diagnosed with cancer and passed away a week later. They had been married for 58 years. The family was very concerned for Bev surviving without her companion. However, Bev's strength came through and she persevered by spending time with her family for holidays, barbeques, birthday celebrations, graduation celebrations and enjoying all of her little great-grandchildren. She spent a lot of time with cousins Gary Desautel and Jr. Desautel, whom she always considered to be her brothers. She also was close to relatives Lucetta Desautel, Betty Barnaby and Leona Tonasket.

Bev was often told by young people that she was their first boss and they loved working with her. She had lots of patience with her employees. She worked many, many years at the Trading Post Store with Linda Dick, Jackie Nanamkin and Angie Timentwa.

Bev fell on Dec. 5 and fractured her shoulder. This injury was complicated by her dementia and autoimmune disease of the liver. She then suffered a heart attack on Dec. 29. She passed away on January 1, 2019, surrounded by her loving family.

Rosary Services were held on Thursday, January 3, and funeral services on Friday, January 4, 2019, at the Nespelem Community Center.