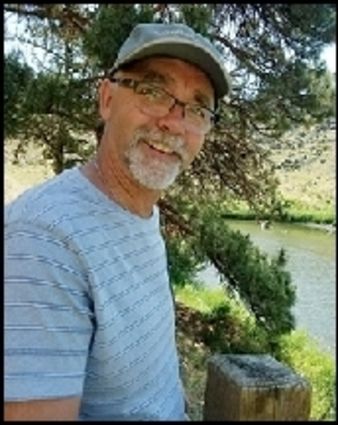 It is with great sadness that the family of Randall Henry Bjorklund announces his passing after a 10-year struggle with Alzheimers and the recent discovery of a glioblastoma brain tumor. Randy passed on the afternoon of Monday, January 7, 2019. He was 64 years old. Randy grew up in the Grand Coulee Dam area and graduated from Lake Roosevelt High School in 1973. He served our country with the Navy for four years, stationed twice in Japan. His married life began with Claudia Hartman on December 17, 1978.

Perhaps originating from his lineage of builders, Randy discovered a keen skill and love for woodworking. Upon returning to Washington from a short stint in California, he began working for Kop Construction in their cabinet shop. A drive for personal fulfillment and aspirations to deliver his own brand of excellence, Randy opened his own business, Bjorklund Woodworks, in 1990. His vision and focus were second to none. He could walk into an empty room and then sit down and draw by hand what he sought to build in it. With Claudia and Randy at the helm, Bjorklund Woodworks has left its mark through beautiful commercial and residential custom cabinets all throughout Spokane.

Randy was always an active and loving parent to his three kids. He was a proud band and orchestra parent, frequently chaperoning and sponsoring events. He mentored and led his sons and other boys as an Assistant Boy Scout Leader in Troop 208. He never hesitated to lend his resources as a local business owner to the causes he and his kids were involved with. He taught and guided his kids to become self sufficient, capable and caring human beings. He supported and encouraged them as they moved across the country, driving and flying to help them relocate and settle in.

Randy was an avid golfer, often leaving players gawking at his natural ability. He was a great listener and could always be counted on to crack a joke or lighten a moment.

After a diagnosis of Younger Onset Alzheimer's disease in 2009, Randy's life changed drastically, but he astonishingly did not. If anything he became more loving, more compassionate, more open to others and more dogged to focus on the good in his life. He experienced the weddings of all three children and the birth of seven beautiful grandchildren who he loved ferociously. The lightness he brought to a room never dissipated, even as his memory and orientation did. He and Claudia became warrior advocates for the Alzheimer's Association. Randy could be found at the Spokane Walk to End Alzheimer's wearing his custom-made Alzheimer's t-shirt cape. If you speak to anyone who knew him, they undoubtedly will have an anecdote to tell or an impression of Randy Bjorklund.

Randy was preceded in death by his brother, Robert, and parents, Larry and JoAnn Bjorklund.

A celebration of Randy's life will take place at 1 p.m. on Saturday, January 12, at Colbert Presbyterian Church (4211 E. Colbert Rd., Colbert, WA 99005). Memorial donations in memory of Randy can be made to Colbert Presbyterian Church Building Fund (checks sent to 4211 E. Colbert Rd., Colbert, WA 99005) or the Alzheimer's Association (alz.org).