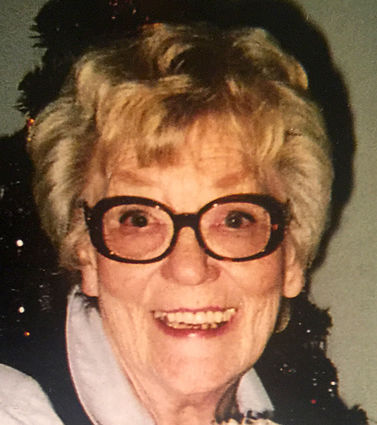 "I just want to go to Heaven. I have family and friends who are waiting for me." This was the final prayer of Lori (Swanson-Sprugel) Parrish, which was answered Friday, November 16, 2018.

Lori was born in Chicago, Illinois, on June 12, 1919, to Hendri (Svensen) Swanson and Signe (Anderson) Swanson. She moved to Coulee in 1967, where her husband, Ernie, worked on the switchyard, and her children attended school. Lori worked as a hostess at the Wildlife Restaurant for her good friends, Creta and Larry Maier.

After relocating to Arizona, she pursued a degree in social work from ASU. This career took her to Texas, Spokane, Florida and then back to Washington. She resided in Wenatchee these last years.

Lori was preceded in death by her parents and a son, Bob. She is survived by her daughter, Glenna Whitelaw, and son, Jim Sprugel; five grandchildren: Eric, Jonah and Daisy Whitelaw, and Ashlee and Skyler Sprugel; and eight great-grandchildren: Gunnar, Lilyana, Hunter, Bjorn, Tanner, Bergen, Scarlett Rose and Matti.

At her request, cremation has concluded her life on earth and her memory will carry on through those who knew and loved her.