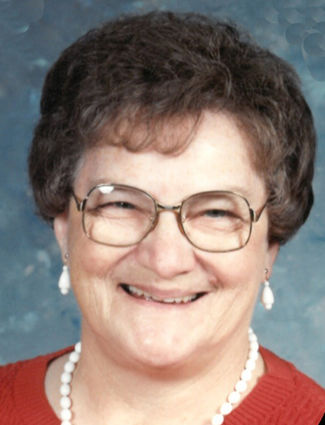 Garnet Marie (Murrow) Brandstrom passed away Monday, November 5, 2018, after a brief illness. She was born in Yuma, Colorado, on June 11, 1935, to Leta B. (Van Meter) Murrow and Gerald R. Murrow. The second of five children, she was raised in the Mt. Vernon, Washington area, where she graduated high school and later met and married the love of her life, Bruce A. Brandstrom, in 1955. Bruce and Garnet moved to the Grand Coulee Dam area in 1970 with their three daughters. Garnet and Bruce enjoyed popular activities of each decade, becoming avid CB enthusiasts in the '70s and early '80s, joining the Spokane Rose Society, hunting, fishing and camping. Garnet's favorite activity, though, was traveling with Bruce, with her most loved destination being the Oregon coast. Garnet was a member of the Church of the Nazarene and the Grand Coulee Senior Center. If you didn't see her there, you most certainly would have found her at Pepper Jack's having tea with friends.

The family would also like to thank Strate Funeral Home, the staff at CMC, Dale Green, Bob Stout, and her church family for their caring assistance.

In lieu of flowers, please consider a donation to the Grand Coulee Dam Senior Center.

A service will be held in the spring at the Spring Canyon Cemetery. Details will be announced at a later time.