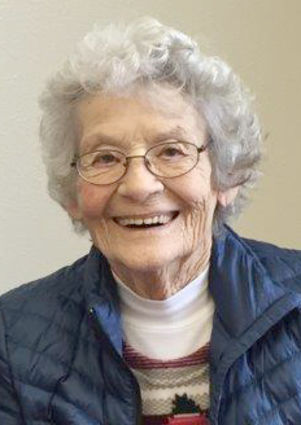 Born September 22, 1929, in Missoula, Montana, she was adopted shortly after her birth and raised by Olaf and Maude Vaara.

Helen graduated from Missoula County High School in 1947. She went on to attend the University of Idaho, where she had the distinction of being the first freshman in the school's history to be named campus queen.

Helen married Robert Jasper in 1947. They were blessed with three beautiful daughters. Sue (Bugs) Shear, Jean (George) Sanford and Barb (Vernon) Bird. Family outings and vacations were often spent at their cabin on Sacheen Lake, north of Spokane, until the marriage ended.

A foster daughter, Ginger (Stuart) Nieman came to live with her at the age of 17. They had a special relationship and she raised her as her own.

In May 1972, Helen married Charles "Chuck" Jordan. She and Chuck adopted Richard Jordan; she now had a son. In 1975, Helen and Chuck decided to move to California to facilitate Rick's education for the deaf. Rick was her pride and joy. She loved following him as he played football.

Helen held many offices over the years, including: President of Soroptimist International of Cottonwood, California; President of the Cottonwood Chamber of Commerce; and President of North State Escrow Association.

Helen had a long history in the escrow business. She operated her own business in Spokane, Washington, from 1965-1975. Before her retirement, Helen was Vice-President of the Fidelity National Title Insurance Company at their Susanville, California Branch. In retirement, Helen enjoyed working for the Wilbur Department Store as a clerk. She thoroughly enjoyed helping and visiting with the customers. She loved to play Bunko, to paint, to collect Beanie Babies, and to follow her grandchildren to various activities.

Helen and Chuck enjoyed fishing before and after their retirements.

At her request, no services will be held.