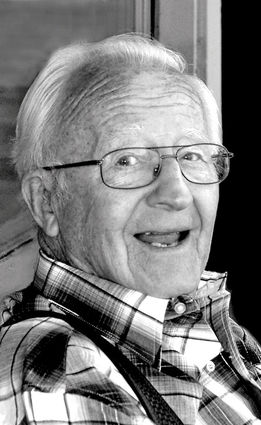 Born the second son to Nell Hillie and Joseph W. Stansfield on June 5, 1924, in Juneau, Alaska. His parents moved to Alaska soon after WWI as school teachers. They also raised mink in Haines, which they sold through dealers in England and Russia for good prices and "never felt they were cheated." They lived on a ranch out of town with minimal contact with people. Upon starting school, Jim possessed few skills in games such as marbles. The strongest expression he had heard growing up was "oh, darn," so when a classmate expressed frustration at losing a prized marble with some profanity, the wonderful new expressions were quickly added to Jim's vocabulary. Sometime later, his parents defined the expressions for him and he always wondered how much profanity he had used in first grade!

In 1938, near the end of the Great Depression, his father was a high school principal in Issaquah, Washington, and accepted a position as superintendent of schools at Coulee Dam, Washington. School architects weren't invented yet, so school administrators designed their own buildings. On the way to Coulee Dam, the family stopped in Quincy to see their brand new school buildings (which are still standing). During eighth grade, Jim and two classmates worked on a sheep and cattle ranch. In lieu of pay, each received a young, unbroken horse. Jim kept his horse until high school graduation in 1943. The War was on, so he joined the Army. Following basic training at Fort Hood, he was sent for specialized training at L.A. city college. By early 1944, it was apparent that the U.S. was winning the war, so college students were sent back to the infantry. Jim was sent to pre-dental courses, then assigned to the medical corps as a dental assistant and graduated as a second Lt before age 21.

Jim was shipped to the Philippines and Japan. In August 1945, we bombed Hiroshima and Nagasaki. He strongly believed the bomb saved thousands of lives. An invasion of Japan would have been extremely difficult because the Japanese would die before surrender.

While in Japan, Jim met a Rhodes scholar and fellow chess player from India who was employed by an English company. The Japanese would not allow the East Indian to leave the country and put him to work as an interpreter. Food was scarce and Jim helped feed him. He advised Jim to go into health care, as there would always be work and one would never go hungry. Jim considered this the best advice he ever received.

After the war, Jim attended Washington State College for his degree in chemistry. While there, working for the Delta Gamma Sorority as a houseboy, he met Patricia Spohn. They married after graduating in August 1949, and left for Washington D.C. to attend medical school at George Washington University. After medical school, the young family, now with two sons, Steve and Mark, moved to Quincy where Jim practiced medicine "womb to tomb" for 32 years. Over the years, the practice and the family grew, adding two daughters, Alison and Beth. Doc Jim recruited Dr. Robert Larson and Dr. John Trantow to join him, and helped the Quincy Hospital become a reality. When son Steve returned to Quincy to practice medicine, they recruited two other outstanding young doctors to join them. Finally, Doc Jim and Doc John could retire and leave their beloved community in capable hands.

Lifelong learning was instilled in Jim by his educator parents, and the value of an education was passed to his children, with all four earning college degrees, mostly at WSU. The next generation continues the legacy. Jamie, Cy and Alix WSU Cougars, and Alyse a CWU Wildcat.

After Pat passed away in 1990, Jim traded his golf clubs for some pack mules. Pat's allergies had kept her well away from all critters. He spent summers exploring the Northwest's wilderness areas.

In 1993, he started a new chapter after meeting school teacher/horsewoman Joyce Palelek. They checked off items on his bucket list, traveling from the Arctic to the Antarctic and much in between, plus horseback adventures, always agreeing the view is better from the back of a horse. Along the way, he attended annual gatherings of his Grand Coulee High School graduating class.

A celebration of life is tentatively planned for early June 2019.