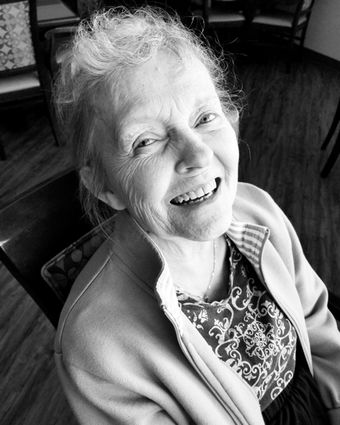 On the evening of Friday, August 17, 2018, Vivian Davis Moore passed away peacefully in her sleep from natural causes at Fairwood Retirement Village in Spokane, Washington. Vivian was 78 years old.

Vivian was born in Cherokee, Oklahoma. She was the second child and only daughter of Wilma H. and Roy A. Davis. She grew up in the small Texas town of Darrouzett. Her father worked for the railroad and mother enjoyed singing in a trio.

After graduating from Abilene Christian University, she worked as a secretary for a congressman in Washington D.C. It was there that she met and married Jim Moore. Jim was a traveling minister and singer/songwriter, and the two of them traveled together, sharing the gospel through music. Eventually she and her husband settled down in central Washington to start a family. She continued traveling with Jim for over 40 years as part of Jim Moore Creative Ministries.

In 2014, she moved to Spokane to be nearer to family. She continued to support Jim as he declined and remained at Fairwood Retirement Village for two years after Jim passed away.

She is preceded in death by her husband, Jim, and her mother and father, Wilma and Roy Davis.

She is survived by her two sons: Jonathan and Joshua; and four grandchildren: Darian, Blake, Micaiah, and Selah.