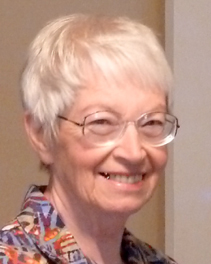 She married Dennis J. King December 20, 1961. They moved to Coulee Dam, Wash., in 1970. Sandra was very creative and enjoyed many hobbies, which included painting, sewing, quilting, crocheting, cooking, gardening, canning and many others. She worked for the Bureau of Reclamation and took an early retirement in 1990.

Sandra was preceded in death by her parents.

A private celebration of life was held at the family home in Coulee Dam.