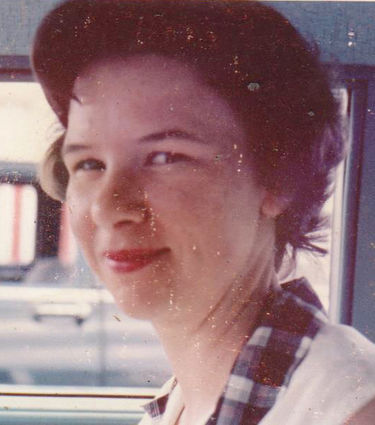 Dorothy graduated from Grand Coulee High School as valedictorian and went on to Washington State College, majoring in history and graduating in 1957 as one of the Big Ten, the top of honors. She was a member of Phi Beta Kappa and active in student government.

Dorothy began what would become an almost lifelong teaching career the year she graduated from college and was hired by Port Angeles High School to teach United States History and World Problems. It was here, too, that another lifelong passion began, that of traveling. She and colleague Joanne Forbes went to Europe on a summer vacation that would result in 80 days of travel and life experiences that Dorothy would bring back to her classrooms.

While teaching at the high school, Dorothy met fellow teacher John Drain, who taught science. They married in 1960 and set off on a cross-country tour in their Volkswagen bus. The 80-day journey culminated in Ann Arbor, Michigan, where both enrolled at the University of Michigan to earn their Masters degrees, hers in history. Following graduation, the two returned to Port Angeles High School and continued their careers in education while also designing and building their own home, with the help of carpenter/colleague Marion Harthill.

As their family grew, Dorothy temporarily retired from teaching and became a very active volunteer in her children's classes and activities. She returned to the classroom in 1964 when she joined Peninsula College as a part-time history instructor, going full-time in 1983. During her years at Peninsula College, Dorothy taught both U.S. History and Western Civilization, and coordinated the noontime Studium Generale lecture and performance series for a number of years, continuing on in that capacity even after her retirement from teaching in 2003.

At Peninsula College, Dorothy was known for her devotion to teaching and her students, and for her ability to weave present-day world events into her classes and the Studium Generale programs. Students recognized her as being tough but fair, and many were inspired by her to go on and pursue further education in order to achieve their own goals and dreams.

During her tenure at Peninsula College, Dorothy continued to seek out opportunities for professional development, attending conferences throughout the Pacific Northwest, taking courses at the University of Washington, and continuing her travel throughout the United States and Europe as well as Russia. She brought back what she saw and experienced and interwove it into her classes, exciting students about the world beyond their own doors as she encouraged them to explore broader horizons. Often, she would enhance classroom experiences for her students by sharing objects of cultural and historical significance, knowing that such materials have the power to tell stories in ways that words alone cannot.

Her Studium Generale programs were marked by an eclectic mix of international presenters, discussions and readings by such emerging authors as Sherman Alexie, David Guterson and John Vaillant, scientists, medical personnel, artists, performers and many other local and regional experts, including the Ashland Shakespeare performers. These Studium programs were a favorite of community members who would come to the college to hear and see the unique programs and ask questions of the presenters, often staying on for lunches and more discussions. Always, Dorothy was on the look-out for presenters, going to the Seattle Book Fairs and conferences and reading several local papers and magazines to find people to spotlight who had unique gifts to offer the students and others in her audiences who came to share in the varied learning experiences.

With her zest for life, it was only natural that Dorothy would also enjoy physical activity. Swimming was a particular love, and became a lifelong activity for her, starting with working as a lifeguard in Grand Coulee during her high school years. Later, she would enjoy swimming in oceans and pools from Maui to Agra, and was an avid member of her water aerobics class in Port Angeles.

Dorothy is survived by her three children: Jennifer, John and Marianne. She was preceded in death by her husband, John; daughter, Emily Marie, who died in infancy; sister, Margaret Sheely Parker; and brother, Donald Sheely.

As a Coug and a Wolverine, Dorothy was able to root for both of her alma maters from the 50-yard line of the 1998 Rose Bowl. As an expression of sympathy, memorial contributions may be sent to Washington State University or the University of Michigan, or the charity of your choice.

A Celebration of Life was held on September 8 at Peninsula College in Port Angeles.