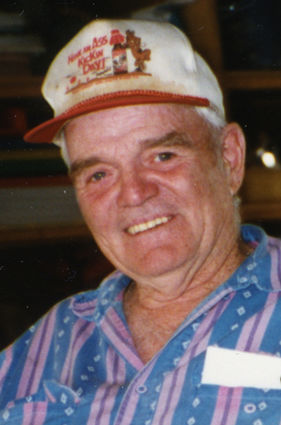 David Thomas "Scotty" Scallan died on Sunday, September 2, 2018, at the age of 87. He was a resident at the Colville Tribal Convalescent Center, Nespelem, Washington, and was born on February 14, 1931, in Great Falls, Montana, to the late Thomas Francis Joseph Scallan and Margaret Hood (Mills) Scallan.

The family moved to Coulee Dam, Washington, in 1941, where his father gained employment as a machinist at Grand Coulee Dam. Prior to graduating from Mason City High School with the Class of 1949, Scotty was a prep cook at the Green Hut Café. He worked on numerous projects at Grand Coulee Dam and Chief Joseph Dam before being hired on by the Washington State Department of Transportation in Grand Coulee. After retiring from the Department of Transportation, he worked at Hanford for a stint, doing ironwork. He also worked for various contractors at Grand Coulee Dam and Chief Joseph Dam, driving trucks and working on irrigation projects.

Scotty married S. Rosalie (Beery) Scallan July 30, 1955. They made their home in Elmer City, where they raised their family and ranched. He was a hard worker and a good provider. He loved the cowboy life and took great enjoyment from breaking wild horses, working cattle, riding range and going on horseback trips through the high country.

The wanderlust bug hit Scotty after he retired and sold his cows. He spent a couple summers dredging for gold in Alaska and wintered on the beach in Mexico. A backpacking trip through Europe ended with him finding his Irish relatives, who had long wondered what happened to their relatives that went to America. Scotty kept in close contact with his relatives across the pond and returned to visit them often.

In 1987, Scotty met Judi Savage, and they remained companions until her death April 17, 2018. Horseback riding was a joy they shared and both rode as outriders on several wagon trains in Oregon, the longest trek being the entire Oregon Trail during the Oregon Trail Centennial Ride. The two also enjoyed playing cribbage, which they played nearly every morning over coffee with friends as they caught up on all the daily gossip. Scotty also enjoyed playing the cribbage circuit.

A memorial service will be held at 2 p.m. on Friday September 21, 2018, at Strate Funeral Home in Grand Coulee, Washington.

Strate Funeral Home is assisting with the memorial. Memories may be shared at http://www.stratefuneralhome.com.