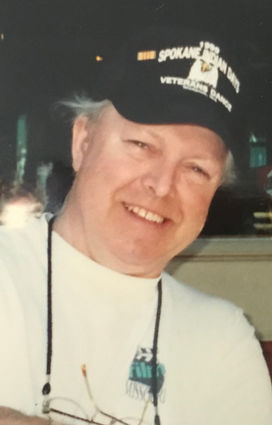 Kenneth James Alling, 73, passed away in Spokane, Washington, Wednesday, June 13, 2018. He was born May 27, 1945, growing up in Grand Coulee, Washington, on a farm in Douglas County, raising wheat, cattle and hell.

He worked as a millwright in a variety of locations: Kettle Falls, Spokane, Moses Lake, and Colorado Springs.

He served in the U.S. Marine Corps, in Vietnam, for three consecutive tours. He often reminded all, "once a Marine, always a Marine, Semper Fi."

Ken enjoyed working with the Boy Scouts since he was a young man.  He also enjoyed, and became an expert of Native American Indian lore.  Many Native Americans would seek out his advice about Plains Indian customs and traditions.

He was preceded in death by his father, George A. Alling.

Celebration of life will be at Grand Coulee Senior Center, Friday, June 22, at 1 p.m.