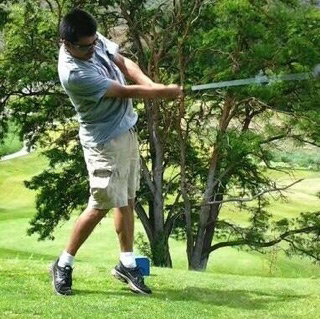 Randolph B. "Randy" Tonasket, 62, left us unexpectedly Monday afternoon, April 23, 2018, from Grand Coulee, Washington. Born Sunday, October 30, 1955, in Coulee Dam, Washington, to Joseph and Mary Louise Tonasket, Randy served with the United States Coast Guard from 1975 to 1981. A proud member of the Colville Confederated Tribes, Randy was employed with the tribal government for over 25 years, holding the position of Database Manager at the time of his passing.

On Saturday, August 28, 2004, Randy was united in marriage to Alicia McKissen at the St. Mary's Mission in Omak, Washington. Always active, Randy was a passionate golfer who loved spending time on the fairways and greens. When not impressing golfing buddies with his swing, Randy enjoyed watching other sports, including the Seattle Mariners, the Gon"ZAG"a Bulldogs, the University of Washington Cougars and Arena Truck Races. While he also enjoyed hunting, Randy had a special place in his heart for all children; he could never say "no" to a youngster. Randy's greatest love was always spending time with his family, whether loudly rooting on his children during their sporting events or just joking around and sharing a donut.

Randy's Dressing took place at 1:00 p.m. on Wednesday, April 25, 2018, at Strate Funeral Home in Grand Coulee, followed by a Rosary at 7:00 p.m. at Nespelem Community Center in Nespelem, Washington. A Mass of Christian Burial took place at 11:00 a.m. on Thursday, April 26, 2018, at the Nespelem Community Center, followed by cremation at Randy's request.

Please sign his online guestbook at http://www.stratefuneralhome.com. Strate Funeral Home of Grand Coulee is honored to be caring for Randy's family.