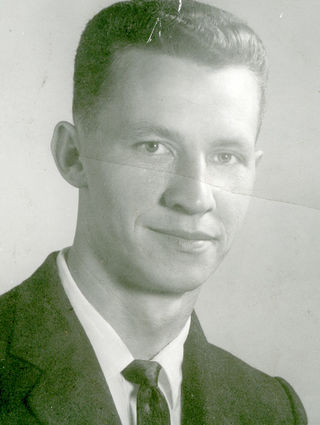 Kenneth "Ken" Cornett passed away Sunday, March 18, 2018. He was born November 25, 1938, in Hazard, Kentucky, to Polly (Coots) and Haskell Cornett. He graduated Hazard High in 1956 and joined the United States Air Force. While stationed at Larson Air Force Base in Moses Lake, he met the love of his life, Bobbi Dillon. They were married June 20, 1960, and started their family.

After the Air Force in 1964, Ken and his family moved back to Kentucky, where he drove a delivery truck for Kern's Bakery, Dixie Bell Dairy, and Frito-Lay.

In 1972, the family moved to the Pacific Northwest, where Ken began his career as a body and fender man, a career which spanned the next 37 years. He was semi-retired when he put his skills into his own business, which was named Ken's Paint Bull, giving him the chance to enjoy hunting, fishing and his most passionate...GOLF!!! This kept him very active.

Ken had many talents, but he was known for his great sense of humor. He always had a joke to tell and the smile and laughter to go with it. This will forever be in our hearts!

Ken was preceded in death by both his parents. He is survived by his wife of 58 years, Bobbi; sons: Kenny and Jim; daughter, Vicki; grandchildren: Kyle, Chelsea and Charleigh; and two beautiful great-granddaughters: Skalit Lee and Violit Jacqulynn.

At Ken's request, there will be no services at this time.

Thank you all for the condolences.