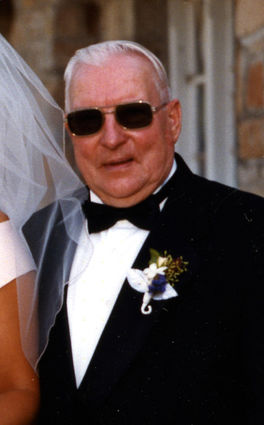 Bill Brashears passed away in Grand Coulee on Tuesday, Oct. 29, 2013. He was born November 26, 1928, in Leola, Ark., the second of three sons to Bryan and Beatrice Brashears.

The family moved to Brewster, Wash., when Bill was 10 years old. Another move when Bill was a freshman in high school took them to Eatonville, Wash., near Mt. Rainier. In his senior year he began dating Betty Mae Kronquist and they married in August 1948. They were married for 65 years.

Bill began working at the age of 10 and had a wide variety of occupations: orchard work, bakery journeyman, railroad track builder, sawmill operator, car dealership owner, real estate broker and banker. In 1950, a former high school teacher remembered Bill as being smart and good with numbers and as someone who had "the right stuff." He offered Bill a job in the Eatonville State Bank which changed the direction of his life. This was the springboard which launched Bill into his life-long passion for investing, real estate and entrepreneurship - he had a real gift!

In August 1962, Bill , Betty and their children moved to Grand Coulee where Bill opened a new branch of Security State Bank. He managed it until his retirement in1987 and was also corporate Vice President for the last 15 years.

In his 51 years in the Grand Coulee Dam area, Bill was active in many community activities including the Lions Club, Ridge Riders, the Colorama Rodeo and P.O.W.E.R (Promoters of Wildlife & Enviromental Resources).

Hunting, fishing and horseback riding, including cattle round-ups and trail rides in the wilderness area of Washington state, often with his wife Betty, were his leisure-time loves.

A celebration of Bill's life will be held at Zion Lutheran Church in Grand Coulee on Saturday, Nov. 16, 2013, at 11 a.m. Please bring stories and remembrances of Bill to share.

In lieu of flowers or gifts, the family requests that memorials in Bill's name be sent to Zion Lutheran Church or the Grand Coulee Dam Senior Center.