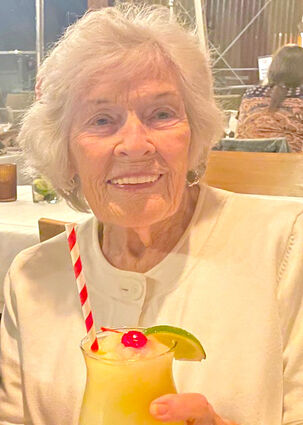 Betty Jane Dimock was born January 21st, 1927, to Roxey Hebrew Fry and Mabel Claire Morgan-Fry in Mabton, Washington. She passed away on the evening of December 13th, 2021, at Scripps Memorial Hospital in La Jolla, California surrounded by her two children (Diane Kay Dimock-Murbach and Duane Edward Dimock) and son-in-law (Monte Lynn Murbach). She passed due to an abdominal aortic aneurysm rupturing which had been deemed inoperable. Betty would have been 95 years old next month; a life well lived.

Betty's family moved to Spokane, Washington where she attended and graduated from John Rogers High School in 1945. She was a member of the National Honor Society and Girls League. In her senior year she was the Girls League Treasurer, an editor for the Senior Album and Girls Sports, Student Council Membership chair, and a Lunch ticket salesman. She also danced in the "Pirettes" group for John Rogers High School Pirates. Her first job was at the "Milk Bottle," Spokane's Beewah Creamery. After High School she worked 10 years traveling as a Supervisor for Pacific Bell Telephone Company in Washington State. She joined Beta Sigma Phi sorority in Vancouver, Washington, eventually becoming an active 60-year member.

While working in Vancouver, Washington she met John Byron Dimock. Betty moved with his construction job to Massena, New York where they married in 1956. Their son, Duane Edward Dimock was born on April 2nd, 1957, in Massena, New York. Returning to the west coast their daughter, Diane Kay Dimock, was born on April 4th, 1959, in Kennewick, Washington. While raising their children they moved with construction projects living in several Cities in Washington, Oregon and California. They spent 7 years in Oroville, California for the construction of Oroville Dam. They spent almost 2 years in San Bernardino, California for the construction of the Devil Canyon Power Plant and water Tunnel. While in San Bernardino, Betty attended Community College and rented a piano to learn to play; two things she always wanted to do. They spent 7 years in the Grand Coulee Dam area of Washington for the construction of the third power plant, where their children graduated from High School. After Grand Coulee, John's work continued, and they lived in Alaska, Oregon, Washington and Canada. When her husband passed away in Seattle, Washington on March 19, 1988, Betty relocated and lived 24 years in Vancouver, Washington. She rejoined her original Beta Sigma Phi sorority chapter in Vancouver, Washington. While living in Vancouver she traveled to several countries on geology trips sponsored by the local Community College senior program. She attended the Fit for Life exercise classes at Marshall Community Center in Vancouver, meeting so many new friends and became the loved leader of the pack who scheduled many other events for them. Betty and Diane attended a mother-daughter group vacation to Paris, France. In 2013 she moved and lived her last 9 years in San Diego, California to be near her children in her later years. She continued her senior exercise classes at the Point Loma Community Presbyterian Church where she gained new friends. While in San Diego, Monte and Diane took Betty on several trips to Hawaii, local geology meetings, events with friends and family, and were her caretaker during COVID-19. Betty had many hobbies which included fishing with her husband, gardening, reading, sewing, history, politics and lighthouses. Betty was very connected to the world and stayed active till the day of her passing. 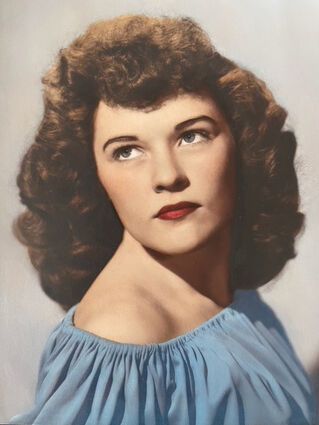 Betty was preceded in death by her loving husband John, her parents, two sisters Helen and Marjorie and brother Roy. She is survived by her son Duane Dimock, daughter Diane Dimock-Murbach, son-in-law Monte Murbach, and her dalmatian grand dogs which she loved. Betty lived a long legendary life, and her humor will be missed by all.

Per Betty's wishes there will be no service. Betty requested her ashes be scattered by her family at sea near Ocean Beach, San Diego, California close to her husband's ashes scattered there 33 years ago.