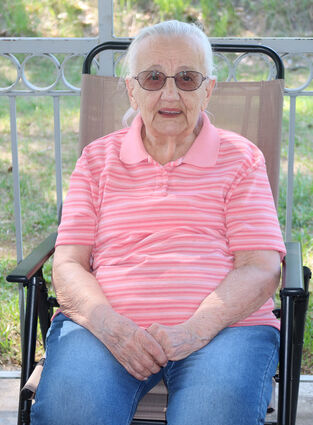 Irene was born on May 14, 1931, on the Cox Ranch outside of Lind, Washington, to Albert M. Erdman and Ida Sauer Erdman. She was delivered by Grandma Erdman Sauer, who was a midwife. She joined older siblings Dorothy, Lillian, and Alvin. Following her were siblings Pauline, Caroline, Robert, Walter and Linda.

As Irene worked on various farms until she met and later married John L. Brownfield on September 4, 1953 until his passing on February 27, 1982. Together they had five children: Duane, David (Barb), Christine (Pat), Paul, and Terry (Julie). Irene was blessed with 17 grandchildren and 19 great-grandchildren along with many nieces and nephews.

Irene moved to Nespelem in 1959 as John worked for Nespelem Valley Electric. Irene was a homemaker and babysat for various members of the community.

Irene became a cook for the Nespelem Elementary School District after all of her children were in school, where she gained the nickname "Shorty" from the kids. Irene loved all of the kids she fed as well as her job. She worked there for 20 years before retiring.

Irene moved to Otis Orchards in 2012 to be near her children and grandchildren where she remained until she passed. She loved music and spent time playing her two keyboards, piano and accordion. Gospels were her favorite as she shared them with all of us on Facebook. She also loved Jesus and wrote him a letter every night. 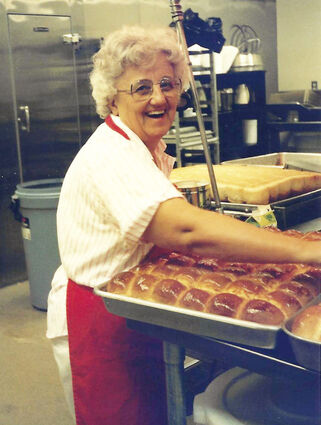 Irene was blessed to celebrate her 90th birthday with all five of her children together including many grandchildren, great grandchildren and other family members.

Irene always looked for hearts in nature, so if you see a heart in nature think of her and that will be Irene's way of saying "Hello, I love you".

Irene will be greatly missed by her family and friends. We will especially miss her good night texts with numerous emoji's and her gospel music videos she sent us on Facebook Messenger.