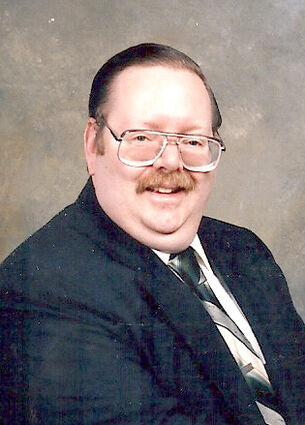 Edward James Powell was born in Coulee Dam, Washington on December 28, 1950, and passed away at Sacred Heart Medical Center in Spokane, Washington, on Thursday, January 7, 2021, due to the devastating effects of Covid-19.

Ed's parents Claude Laverne Powell and Lucy Wiona Fackenthall Powell were from Coulee City, Washington. Ed's family later moved to Coulee Dam where he attended the Coulee Dam schools and graduated from Coulee Dam High School in 1969 as a 12-year veteran. He then attended Washington State University in Pullman, Washington for several years, where he majored in Science. After college Ed moved to Spokane, Washington.

At Coulee Dam High School, Ed was active in the budding audio-visual field and electronics; was a 4-year member of the band; and was a National Honor Society member. He loved sports and was the Manager for sports teams and received a collection of letters and a trophy to recognize 4 years as manager. He was in charge of the audio-visual equipment at the high school, an unusual responsibility for a high school student.

In later years Ed was unable to work in his chosen field due to ongoing health issues. He continued his interest in electronics and became known as the go-to guy when his neighbor's recording and television equipment needed repair. One of his many hobbies was family history and genealogy. He spent many hours researching and recording genealogy. He committed to memory relationships, dates, and places and he could recite the many generations at the drop of a hat. Another hobby was the collection of Star Trek recordings, music, and videos. He was the 'keeper' of his family photos and papers and was always willing to share. Ed also kept in close contact with his classmates and was passionate about the history of the Grand Coulee Dam area.

He maintained many friendships within the South Hill Kingdom Hall of Jehovah's Witnesses.

Inurnment was at the family plot in Spring Canyon Cemetery near Coulee Dam.