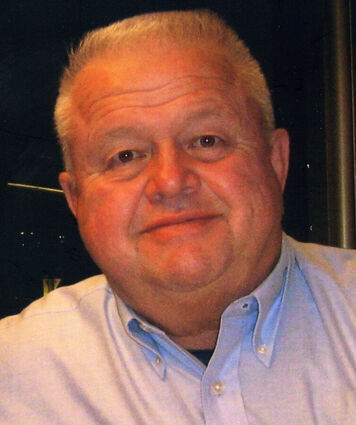 Bill Moore, 78, of Grand Coulee, Washington, passed away Tuesday, June 1, 2021. Hewas born on June 29, 1942, to Lillian Taylor Moore & William Maxwell (Max) Moore in Ypsilanti, Michigan. He grew up in Garden City, Michigan, a suburb of Detroit. He was an only child, but played with his cousins, who lived nearby. He loved to read-his mother always told him "when you have a book to read, you are never alone". As a child, he read the entire Encyclopedia Britannica.

His father quit his job and joined the Army during WWII, and while he was gone, his mother worked, and his British Grandmother, Jane Taylor, lived with them and was his babysitter while his mother worked. He remembers playing Gin Rummy and drinking tea with her every day after school, before she would allow him to go out to play. He had two paper routes when he was in high school. He also became interested in Amateur Radio (Ham Radio) when he was in high school, and after receiving his radio for Christmas, spent most of his time in his room talking to people all over the world. His call is: K7I00.

His paternal grandparents lived on Ford Road and he had many happy memories of playing on their farm, and getting into mischief with his cousins.

Following his mother's divorce when he was 15, his mother remarried and the family moved to Seattle, WA in 1958, where his step-father had a job at Boeing. He was adopted by his step-father William Killen Moyer.

Bill graduated from Highline High School in south Seattle in 1960, and from WWSC in Bellingham, WA in 1965, with a double major in geography and history, earning a Bachelor of Arts Degree in Education. While attending college, he worked at the Tropics Motel in downtown Seattle (near the 1962 Seattle World's Fair)- starting work in the restaurant. He later worked construction and maintenance there, and finally ran the desk. He met many celebrities that were entertaining at the Fair, and who stayed at the Tropics. The owners treated him "like a son" and he said he learned a lot about work ethics, while working for them. He also worked for the food service dept. for room & board while at WWSC.

He met Joyce Kay Rehbein at a church activity in 1959 and during the next 2 years, would often visit Joyce's Mother Ruth, while waiting for Joyce to get home from college at the U of W. Ruth was an excellent cook, and Bill often said "I married Joyce for her mother's beef gravy". Bill and Joyce were married on August 29th, 1964 and they moved to Bellingham for Bill to complete his last year of college. He had stayed out of school in 1962 to help run the Tropics Motel during the World's Fair in Seattle, so he still had to complete his Senior year. Bill accepted a teaching position in the junior high in the little town of Grand Coulee, Washington in 1965. The Junior High School only had 60 students. Bill taught everything but math and science (another teacher taught those subjects). He also coached junior high football, basketball, and track for $100.00 a sport, per season. In 1971 the Grand Coulee and Coulee Dam school districts merged-and with the construction of the new 3rd power house at Grand Coulee Dam, the school district went from 150 students to 1,200 students. Bill taught everything but art and music at the middle school in Grand Coulee for 32 years, including computer technology in elementary classes, and driver's education at the high school, retiring in 1997.

Bill was never one to sit around. He always had "a plan". He wanted to own his own home by the time he was 34. Bill and Joyce purchased an old (tiny) house in Grand Coulee in 1968 (bought it for the view property-overlooking Grand Coulee Dam), and Bill spent a year tearing it down and rebuilding it (including a foundation-there was not one, re-wired the whole house, new plumbing, new roof) into a modern two bedroom home, and we moved into it in the spring of 1970. During the next 40 years, he added on to it 5 times-building a two story addition, a passive solar greenhouse, added a 10 foot addition to the entire back of the house, and extended the kitchen. He tore down a lot of old houses in town just to be able to use the good lumber for another one of the remodeling projects or new addition. He sought advice from journeymen construction workers who lived in the area, and said "he learned a lot from them" over the years. He remodeled the house several times, moving rooms, opening walls, etc. He was an expert woodworker-made all of our kitchen cabinets, bathroom vanities, kitchen table, built-in walnut dresser and headboard for our home. He also made two kitchens for our daughter's homes, and several kitchens for friend's homes. He even made a wooden row boat in the living room of one rental house while Joyce was working in Seattle at the time because the local hospital was closed.

During the first few years, Bill spent most of his summers attending college to get his 5th year endorsement and continuing teaching certificate. We bought our first boat in 1971, and Bill and his "buddies" spent many summers waterskiing on the lake, and fishing. All of the men employees of the Grand Coulee School district would make the "annual trek" to Boneparte Lake every fall to hunt birds, fish in the lake, cut firewood, drink beer, play poker, and have a wonderful time. That tradition stopped when the two school districts merged in 1971.

Bill also worked additional jobs to make money after school and in the summer -if he was not attending college (you didn't make much money as a school teacher in the early days). He was a National Park seasonal ranger, reserve police officer for the Grand Coulee Police Dept (working 4pm to 2am-or longer), city councilman, volunteer fireman, surveyor, and a member of the civil service commission-Grand Coulee. He also had a drywall business, remodeled bathrooms for many years, and built kitchen cabinets for his family and friends in his wood shop. He made trivets, elaborate wooden banks, tables, an antique ice box cabinet, cedar chests, gun cabinets, a wooden wardrobe cabinet, and did repairs on wooden items for friends. Over a 50 year period, Bill expanded and landscaped the back yard, stacking used concrete to make walls for terraced flower gardens, and hauled hundreds of wheelbarrows full of dirt for new lawns and flower gardens. Throughout the years we purchased the adjacent land on the block and built several more outbuildings, remodeled a rental house twice, had a third house burned down by the volunteer fire dept, and replaced by a pole building and wood shop built on that lot. We also planted a huge garden every year-Bill & Joyce canned 50-75 quarts of tomatoes, picked Bing & pie cherries, apricots, peaches, and prunes to can or freeze, and Bill canned over 200 quarts of concord grape juice from our vines each year. We also harvested and shelled over 18 gallons of English walnuts every year, from our tree in the back yard.

In high school, Bill became interested in HAM Radio (Amateur Radio). His call was: K7I00 and he earned the extra class certificate. He talked to people all over the world, and as a member of the county hunter group-earned his "county hunter' certificate (had a contact with every county in the US) twice. He and Joyce traveled every county in many states to give other "Ham's" county contacts they needed, and enjoyed meeting the people from all over the world that he had talked to on his radio, while attending several national conventions. He was able to talk with his son Bill (who is also a HAM), while he was deployed to Diego Garcia with the Navy (there was a Ham Station on the navy base).

Bill's other passion was working on the regional committee of the Rocky Mountain Elk Foundation. He was a life member since 1998. He was also a past member of Grand Coulee Dam Masonic Lodge #120, past member of Grand Coulee Dam Chapter #237, OES, and a member of the Cosmic Grand Family, OES (1997-98). He also was the President of the Teacher's Union local chapter. He was a board member of the Pacific NW Barbecue Asso., and a judge at their annual events throughout WA, Oregon, Idaho, Montana, and British Columbia, Canada every summer.

When he was younger, Bill enjoyed fishing, goose hunting, elk and deer hunting, water skiing, and boating with his kids and grandkids. He loved to play cribbage, and many friends would stop by "for a quick game". He was always willing to help someone who needed his help, and enjoyed mentoring young kids-whether it was woodworking, landscaping, fishing, or learning "what to do" to succeed in life.

Bill was preceded in death by his parents, step-father, and daughter Susan.

Bill was cremated, and no services will be held, per his wishe