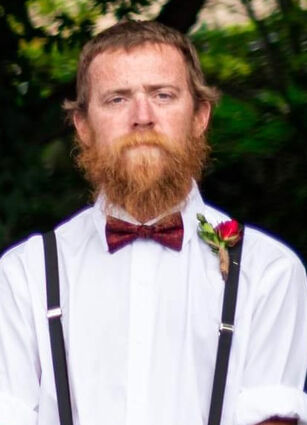 Ryan was born in Spokane to his mother Dionne Johnson and his grandmother Lonna Bussert on April 13th, 1984. Ryan grew up in Davenport, Washington and resided in the Spokane area most of his adult life. Ryan enjoyed going to concerts, golfing, kayaking and camping with many of his closest friends who were more like family. I would love to list them all but would hate to leave anyone out; you all know who you are. Ryan deeply cherished his canine companions (more like children) that he had in his lifetime: Tazzy, Grace and Oliver. Ryan absolutely loved mud bogging. He spent a good amount of his time working on mud rigs with his buddies and running through the mud bogs with his "mud family" and his very best friend, his 11-year-old son, Desmond. You could often see Desmond right next to Ryan in the mud rigs, often times driving it himself, or out on the water kayaking together.

A burial for Ryan will be held May 15th at 1:00 pm at the Spring Canyon Cemetery in Grand Coulee, Washington, followed by a gathering at his grandmother Lonna's house. An additional Celebration of Life event to be held at Medical Lake will be announced at a later date.