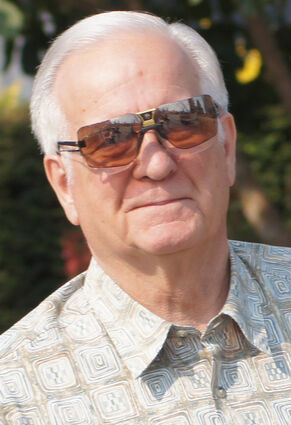 On Sunday, March 21, 2021, Richard N Elkins, 84, peacefully passed away with his wife Elizabeth and his son Jon by his side at Aegis in Kent, Washington.

Richard was born February 28, 1937, in Indio, California, to Ruth and Nuton Elkins. The family moved to Grand Coulee in 1949 where he graduated from high school in 1955. He retired from Boeing after 35 years in 1995, "The Golden Handshake". He was an active member of SPEEA and later became part of management. While attending Washington State University he met the love of his life Elizabeth Ann Sorter. They raised son, Jon, and daughter, Jodi in the home that Richard built on Mercer Island in 1969.

Richard may have worn a suit and tie for years but his passion was the great outdoors and his friends of over 50 years that shared his passion. He believed that everyone should experience nature anyway they see fit as long as they respect what God has given us. Camping, back packing, fishing, hunting, horseback, motorcycles, snowmobiles, and boating. It was typical to see him picking up after others who weren't as conscientious. As a founding member of TROTS he launched multiple campaigns to influence government to preserve forests and keep them accessible to all through mail and emails. It would have been interesting to see what kind of force he would have been in today's social media?

Richard is survived by his wife Elizabeth who resides at Aegis in Kent, sister Joanne White, son Jon (Jeanette), daughter Jodi, and granddaughters Ashley and Allison .

He will be laid to rest the week of April 12, at Hillcrest Burial Park, Kent, close to one of his best friends and hunting buddy. Due to circumstance, there are no plans for a memorial. Richard would appreciate that friends continue to visit Beth at Aegis in Kent. The family would like to thank everyone for their kind words and flowers.