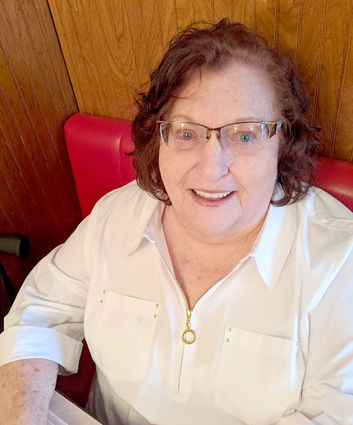 Frances Lucille Lyle Sather, age 90, passed away peacefully October 10, 2020. Born February 27, in Burlington, Washington to Edward and Mary. She left this earth after a long fight with Alzheimer's and dementia. Frances married her soulmate Glyn who preceded her death in 1998. She is survived by her brother, Edward "Lloyd" of Virginia; her daughters: Betty of Oklahoma, Jacquie of Virginia, and Anita of Spokane; her sons: David of Everett, Everett of Spokane, her grandchildren: Chris, Chad, Cori, Jeremy, Melissa, Micah, Kato, Bryce, and Elizabeth and her 15 great- grandchildren, and one great-great-grandchild. Frances was also blessed with an angel, her friend, and caregiver Maria.

Our mother lived a life that told a good story.

In 1935, Frances started school at age 5 in Grand Coulee. She enjoyed long car trips with her parents and brother Lloyd, where they sang their hearts out through the miles to her grandparents that lived in Canada. Summers were often spent at the local swimming hole "Eden Harbor" where Frances, Lloyd and their dog "Sport" would swim and play in the Columbia River. By age 11, Frances found the love of music, playing the piano and reading sheet music. She entertained her family and friends by her skillful playing and enthusiasm, singing and playing for hours and hours. By high school, she learned to play clarinet and became the best in the high school marching band. Her brother, Lloyd, said that being around Frances' music was contagious and inspired him to play trumpet. Together they travelled with the high school band to state festivals to compete, one of his fondest memories of her. Frances graduated high school before age 18 and began another chapter in her life.

After graduating from Grand Coulee High School, Frances became a Registered Nurse, a career that was ideal for her. Since a small child, Frances' hands were rarely still. First by music and then by a desire to help others. She became a mother, a wife, and nurse, doing each to the best of her ability and usually at the cost of leaving her needs last. Frances had a laugh that made you feel at ease, and a presence that made you feel safe and secure. Frances worked at the hospital in Grand Coulee and then moved to Spokane where her most gratifying work was at Interlake School in Medical Lake. Her RN skills were not in the spotlight but her empathy and compassion for the residents and her fellow employees was what impressed her peers and community. Frances looked past a person's disability and directly into their soul. She would spend her time with each, giving them conversation, a smile, a friendly touch, more than a nurse is paid to do. Frances impressed us with her willingness to give. She had a servant's heart.

In addition to her family and job, there were few local community organizations and volunteer opportunities that she was not a part of especially if it meant it would benefit the kids. Frances was a member of many PTAs, several churches, clubs, fraternity groups, scout troops, and if there was need for someone to lead a new group, she would sign up. She lived the lesson of being "more blessed ...by giving than receiving" and proved that by her constant example. Frances not only helped those in our community, but she also surrounded her family members with unconditional love and, on occasion, a dose of tough love when necessary. She was not afraid to let you know that she expected more of us because she gave it all she had, and we knew it. She played hard, worked hard, and loved even harder.

Frances' love of animals since childhood never waned. Frances had a strong compassion for animals and we believe would have enjoyed having a large farm just to house as many furry friends as she could. Frances would only adopt from local shelters or if an animal had special needs because she knew that they needed a home the most and that is why "God put her here". She had several adopted dogs and cats, a potbellied pig named Wilbur, a full-size goat named Frosty, various fish, hamsters, and some chickens. As time passed, Frances became quite attached to her kittens and her daughters adopted a few that she could grow old with. She never forgot about her pets and thought of each one as family.

Nursing gave Frances the opportunity throughout most of her life to aid those in need until 1978 when she found a new way to help others through foster parenting. She and Glyn became licensed foster parents for Children's Hospital Alternative Program in Washington. A challenging and rewarding endeavor for someone like Frances. Dedicated to making a difference in every child that lived under her roof, Frances changed hundreds of children's lives. She adopted two and remained involved in the life of another child Sean and his mother, Ginny, considered by Frances as her third son. Even today, many of her kids still call or write to tell her thank you for giving them a chance, and that she had changed their lives for the better. She was our mother, and a mom to so many. We believe that being a foster mom was Frances' greatest service and a reflection of her selfless time on this earth.

As Frances' life marched on, music and singing remained consistent until the end. We all remember her playing the organ in the living room with the family surrounding her singing "The Old Rugged Cross", hit Broadway tunes and of course all the classic Christmas carols. She loved to dance, from square dancing to waltzes, and always said she never went dancing enough. Frances also loved playing cards, first with her father and then showing off her talents with the family, especially pinochle. Frances was also very patriotic; she loved her country. She always wanted to be a pilot alongside her brother in the US Air Force or jump out of airplanes because she knew she could. Frances lived by the Golden Rule and treated those in her journey equally no matter their race, color, identity, disability, or orientation. We were all the same in her eyes and the eyes of her Lord. Frances was a fighter, for justice, for those without a voice, and above all, for what she believed was right. An example we believe we try to emulate.

Frances' life was full of excitement, fun, energy, hopefulness, and challenges. A perfect life she would have said. That is why it was sad to watch the glimmer of her go dim in her eyes as the dementia took hold. To keep herself busy she would love to color. She would let hours and hours go by coloring picture by picture with detail. An envelope of her drawings has been kept that she wrote simply "For the Children", a treasure for us to remember her by, full of color and detail, each picture colored intentionally outside the lines. 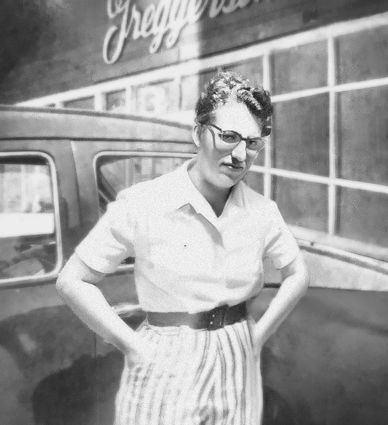 During our last visit, as if by habit, she was sweetly humming "Three Little Fishes", her favorite children's song from long ago that her mother would sing before bed. Since the pandemic began, most visits by family were by video, she never did like that technology stuff and keeping her interested in a little screen remained our challenge. However, as the time drew near, she had this relaxed sense about her. The one descriptor word we would not use for our mother, relaxed, and at peace. And as Frances closed her eyes for the last time, she crossed her fingers. An action we saw so often in the past to help her remember something important. We believe that we will find out what it was when we meet her in heaven. Until we meet again Mom.

Please join us to celebrate her life in a special video presentation YouTube Hamblen Park Presbyterian Church (HPPC)channel "In Memory of Frances Sather" streaming now. You may also visit the online memorial at BallandDodd.com to share memories and condolences. Donations may be made to Hamblen Park Presbyterian (Spokane, Washington) in her name and by her example, she would have asked that we all spend time with those less fortunate, to help a child in need, to volunteer at a local animal shelter, and above all, be kind to one another.