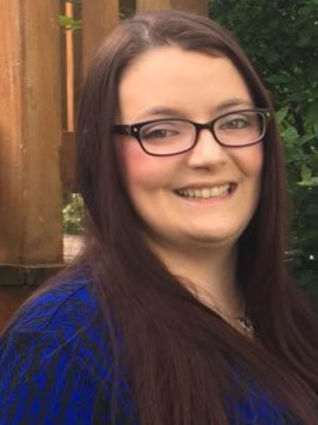 Tiffany Ann Henning, 30, passed away Tuesday, January 28, 2020, at Billings Clinic Hospital surrounded by the love of her family and friends.

Tiffany was born on January 15, 1990, in Billings. She entered the world in a hurry and never slowed down. Tiffany graduated from Billings Senior High in 2008, the same year she met the love of her life, Jacob Henning. They were together for over 10 years. Tiffany and Jacob were united in marriage on July 11, 2015. Tiffany and Jacob welcomed Parker into the world in December 2009 and Bodie into the family in September, 2016.

Tiffany graduated from Montana State University –Billings in May 2017 with a degree in Health Administration. She accomplished this while working full time at Wells Fargo Operation Center and raising her family. She always took advantage of every moment in life and nothing would slow her down if she had her mind set on a goal.

Tiffany's love for her family was always apparent. The bond she had with Jake was a testament of their love. Jake and Tiffany shared many nights watching movies, talking, and raising their two boys together. She was so proud of Parker and Bodie. She never let them forget how much they meant to her. Every activity was an opportunity to create happy memories with family and friends.

Tiffany's passions included hunting, which she learned to do at an early age from her brother, Derrick. She enjoyed many summers in Grand Coulee, with her Grandmother Virginia. One of her favorite memories with Grandma Virg was on an Alaskan Cruise. Tiffany enjoyed playing violin in the orchestra and doing gymnastics growing up. She was a dedicated Seahawks fan and made sure her family was decked out in appropriate game watching attire. Tiffany met her best friend Tia Robinette at a young age and has cherished their relationship through the years.

Tiffany was diagnosed in July of 2017 with Acute Lymphoblastic Leukemia. Cancer would not slow her down. She had a strong will and determination to survive. She set her mind to beat it and she did. Tiffany was in remission at the time of her passing. Unfortunately, her illness took a toll on her body, so while her spirit and drive to survive was strong , it wasn't meant to be.

The family would like to thank her kind and compassionate caregivers and physicians at Billings Clinic- ICC Floor, ICU Floor, Physical & Occupational Therapy Department, Dialysis Unit, Pulmonary, and the Infusion Center. A special thanks to Dr. Silva, Maria Krasowki, Dr. LoVerde, Dr. McQuire, Tia, Carley, Nicole, Rachelle, Hannah, Katie, and all of the others who we have missed mentioning. Your love and support over the past few years has been greatly appreciated.

Funeral services will be held Monday, February 3, at 1 p.m. at Atonement Lutheran Church, 1290 Sierra Granda Blvd, Billings Heights. After the Service a reception will be held at the church and gravesite service at Sunset Memorial Gardens. 1721 Central Avenue, where Tiffany will be laid to rest beside her friend and former classmate.