Raiders season ends in second round of state tourney 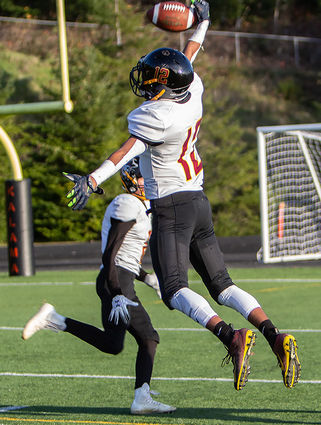 The Lake Roosevelt Raiders' football season ended in Kalama in the second round of the state playoff tournament Saturday.

In Kalama, the Raiders played against the Kalama Chinooks, losing 43-0.

"Obviously Saturday didn't turn out how we'd have liked, but we lost to really good football team," Head Coach Tim Rasmussen said. "It was a fantastic opportunity to travel and play on turf and experie...