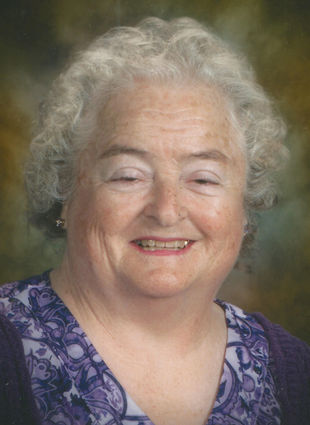 Alice Ann Walter was the second child born of Herbert and Verna Mae Walter. She grew up on "the ranch," playing with kittens, puppies, and horses. Riding was a favored pastime. Her Rainbow pins show that she earned every color. She looked forward to summertime visits with her cousin and lifelong friend Roseanne.

After graduating from Odessa High, Alice moved to Ellensburg and entered studies to be a veterinarian. Due to the requirement of euthanizing a cat to complete this course of study, she changed majors and became a Home Economics teacher. She attributed her meticulous attention to detail in sewing to her grandmother Inga's teaching, and she sewed up to the day of her stroke. Her first teaching assignment was in Twisp. She had many stories of trail rides and adventures along the Twisp River. Twisp High School is now a community center, and her photo can be found hanging there with the seniors for whom she served as class advisor.

Alice next taught at Grand Coulee High School, where she met a band director, Jack McKissen. Jack and Alice married June 16, 1969 and lived together until her stroke late September 25, 2019. Their union produced two children, Alicia and Matt, who both continue to live nearby. Alice planned many family gatherings, often negotiating details of the next before one had ended. She always prepared her specialty, apple pie with crust as learned from her grandmother Anna. Each of her grandchildren, those by birth as well as temporary foster grandchildren, received cards for Valentines, birthday, and Christmas; some years she sent cards or packages for other holidays as well.

Alice is survived by her grandchildren, Marisa and Lucas McKissen and Shaylee, Walter, and Charlie Tonasket, her children Matt and Alicia, her younger brother Warren, her husband of 50 years, Jack, and many nephews, nieces, and cousins. She is remembered fondly by many others who have called her Grandma or Mom over the years. She was pre-deceased by her parents, her brother Gene, and grandson Jasper.