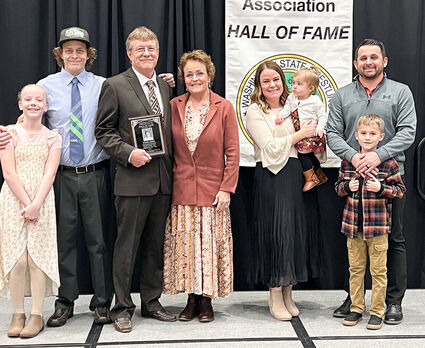 A community dinner will be held in honor of Steve Hood at the American Legion building in Electric City on Sunday, Nov. 13 at 3 p.m.

As of last Saturday, Hood is now in the Washington State Wrestling Coaches Association Hall of Fame after a career - and in reality, a lifestyle - of coaching and preparing his athletes to win matches and tackle life's tussles.

In his day job, he taught auto shop...