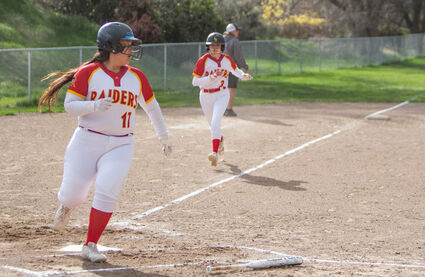 The Lady Raiders won three more games this past week, one against Pateros, and two against Liberty Bell.

On April 29 at Liberty Bell High School for a doubleheader,...