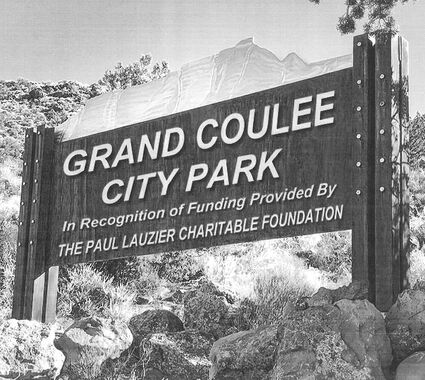 A mockup of a new sign at the park shows credit given to the Paul Lauzier Foundation for upcoming park enhancements.

Well, it lasted longer than 8 seconds, but after just four years of being named Shane Proctor Park, that park is going back to its old name.

The park on SR-174, in Grand Coulee between a gas station and La Presa restaurant is called Grand Coulee City Park.