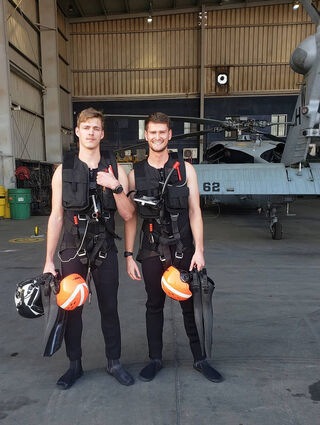 After growing up in Grand Coulee, Michael Thomas now jumps out of helicopters in Bahrain.

After graduating from Lake Roosevelt High School in 2016, Thomas went to Western Washington University to pursue a computer science major.

But after a semester there, Thomas headed in another direction.

His father Dale Thomas had been in the Navy, and friends had joined other branches of the military, so...