Boat-in campsites at Steamboat Rock converted to day-use only 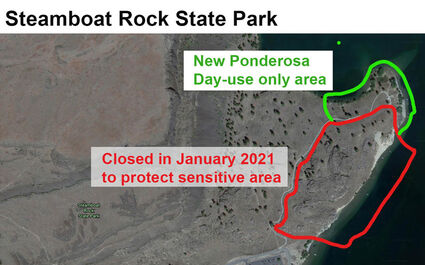 A dozen boat-in campsites at Steamboat Rock State Park in the Ponderosa Campground are now closed to camping as the area becomes designated for day-use only.

Washington State Parks announced the closure, which began June 1, in a May 26 press release.

The day-use only area has "900 feet of shoreline available for picnicking and exploring," the release says.