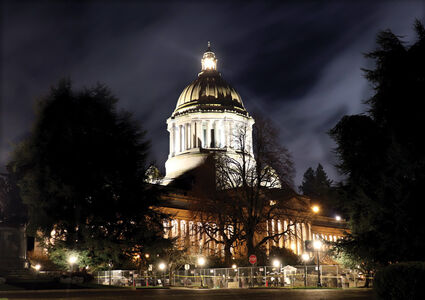 The Washington State Capitol building is surrounded by fencing and National Guard soldiers Monday. Security has been increased ahead of the presidential inauguration set for Jan. 20 in Washington D.C. and in light of detected threats across the country and an incursion on the lawn of the governor's mansion.

Hundreds of officers from the Washington State Patrol and the National Guard will continue to surround the Capitol Campus in Olympia through the inauguration of President-elect Joe Biden.

WSP spokesperson Chris Loftis said the National Guard will provide up to 750 troops, and some will be armed. For security reasons, he would not specify how many would be armed. All WSP officers will be armed....