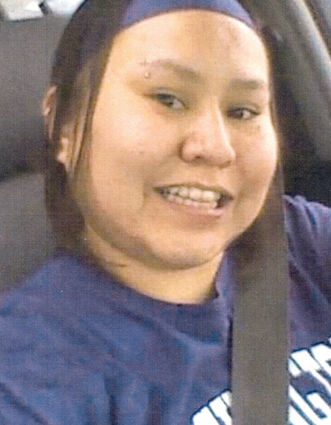 Born to the late Thelma "Teila" St. Paul and Eldon Wilson July 20, 1981, in Omak, Washington. She attended Nespelem Elementary School home of the "Savages". She had her schooling from Lake Roosevelt High School and received her diploma June 5, 1999. She enlisted in the U.S. Army where she was 62E (Heavy Construction Equipment Operator). She went to Fort Jackson, South Carolina for Basic Training and AIT. After she was assigned to 864th Engineer Battalion Fort Lewis, Washington, where she finished her enlistment. Kristi worked for the Colville Tribal Casinos as Security and several different Colville Tribal Departments. When she took care of her parents she referred to herself as a "stay at home daughter". After they passed she called herself a "stay at home sister".

Kristi hobbies included collecting shoes, Mickey Mouse, Breast Cancer Awareness, and playing the harmonica. Kristi was very friendly and talkative. She made many new friends by initiating conversations with people. She was very giving and thoughtful. She was very proud of all her nieces and nephews. You almost couldn't have a conversation without her smiling and telling you of her nieces and nephews latest accomplishments. She always checked in on people. She loved to make connections with many friends and family. Kristi made everybody feel special by her gifts that she was thinking of you, reaching out and calling/texting you. She would make lunches for her brother, cousins, and friends at the Tribal offices. She inherited the joy of celebrating holidays from her mother, especially Halloween. She was such a fun, loving person.

Kristi is survived by her two brothers John Wilson, who she lived with at "The Agency" and Jamie Lezard, of Elmer City, Washington. She is also survived by her son Thomas J. and nieces and nephews Ashley Lezard, Spokane, Washington, and Christopher "Chris", John, Jr. "baby son", Maleah "Chacha", and Jayden "Ducky"of Plumber, Idaho. Proceeded in death by parents, grandparents, numerous uncles/aunts, cousins, and friends.

Fond memories and expressions of sympathy may be shared at http://www.stratefuneral.com for Kristi's family.