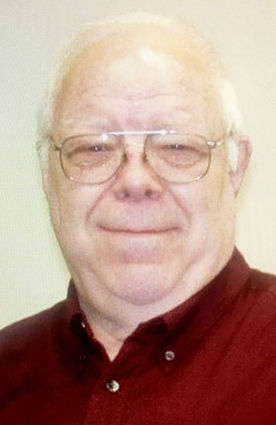 John Lee Richardson 74, was born in Morenci, Arizona, on June 21, 1946, to William Frank and Nella Mae Richardson. He lived at Blackriver Pumping Station on the Apache Reservation untill he started school in Morenci, Arizona in 1951. He moved after sixth grade to Duncan, Arizona, where he lived until graduating from school in 1964. He worked for the forest service one summer, attended Eastern Arizona Junior College and worked for Phelph's Dodge in the Smelter, until he joined the Navy in October 1965, serving until August 1969.

He met Cassandra Cole his senior year of high school and married her in 1968 while in the Navy. They were married for 52 years. After attending college he started work for the University of Arizona at its Hydroponic Green House. He was a draftsman to the green house built in Abu Dhabi by U of A. He then worked for Dow Chemical hauling explosives to the local mines.

John and Cassandra had their first daughter Tallana in 1972. Shortly after this event they moved to Morenci where John worked in the powerhouse. While in Morenci another daughter was born, Heather in 1973, with son John Matthew arriving in 1977.

In 1978 the family moved to Fort Smith, Montana where John worked at the hydro power plant. Then in 1980 they moved to the Bonneville Dam outside Portland, Oregon, living there until 1997 when John transferred to Grand Coulee Dam, retiring in 2005.

He filled his days with being a Deacon for Banks Lake Bible Church, doing his projects and roaming around town on his 125cc Teal Scooter. He worked for Jess Ford as a driver until the Covid Virus hit.

John will be missed by many for his stories and humor.

Services will be held at 2 p.m., Saturday, October 10, at Banks Lake Bible Church for family and close friends. Service will be broadcast on the Banks Lake Bible Facebook page for those who want to attend remotely.