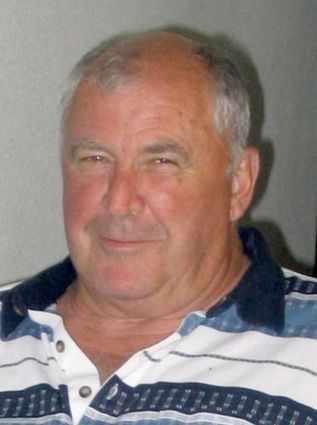 William "Bill" Robert Trefry, age 75, of Selah, Washington, passed away peacefully on Tuesday, September 8, 2020. Bill was born to, Cecil and Eleanor Trefry, on January 19, 1945, in Grand Coulee, Washington. He was raised on a wheat and cattle ranch in Del Rio, Washington. Bill graduated from Grand Coulee High School in 1963. During his freshman year, his basketball team won the state championship. After high school he attended CWU. Bill had an entrepreneurial spirit, and was a jack-of-all-trades. Throughout his life he owned many businesses. His last business was Central Blind Cleaning that he sold at retirement.

Bill was an avid hunter and WSU Cougar fan. Bill had a passion for vintage cars. He had a 1938 Chevy Master Deluxe that he restored and lovingly called, "Jenny". He loved to connect with people and never met a stranger.

Bill is preceded in death by his parents, Cecil and Eleanor Trefry and his son, Troy Robert Trefry. He is survived by his wife and soulmate of 24 years, Karen; his three children: Lori (David) George, Kyle (Nicole) Trefry, Katrina (Kevin) Zoch; his two stepsons, Tommy and Victor LaRue, and 12 grandchildren.

Graveside services will be held Monday, September 14, at 1 p.m. at Spring Canyon Cemetery in Grand Coulee. He will be laid to rest next to his son, Troy. Our family finds comfort in knowing that we will be reunited with Bill someday.