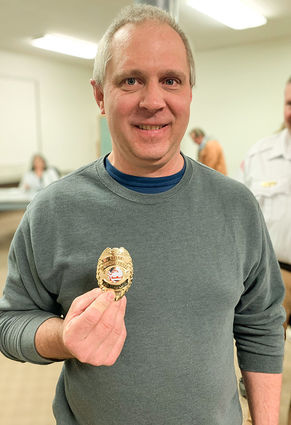 Ryan Fish was named the new chief of the Grand Coulee Volunteer Fire Department at the city's Feb. 18 council meeting.

A crowd of about 20 people, including several from the department, applauded after Fish's appointment was announced by Mayor Paul Townsend, who gave Fish his badge.

"Thank you for stepping up and doing what you do, and what you're going to do for the city," Townsend said.