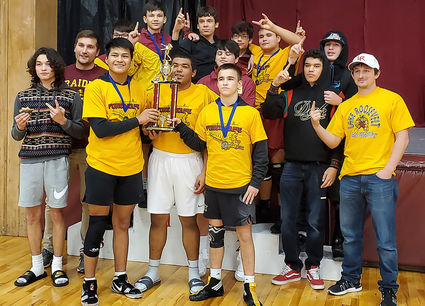 The Raiders hosted their annual Powerhouse Tournament in Coulee Dam on Friday, winning the tournament as a team and producing a handful of wrestling champions, champions who also dominated at the Banks Lake Brawl in Coulee City on Saturday.

At the Powerhouse Tournament Jan. 3, the Raiders won out of 10 teams with 187 team points, followed by Tonasket, which earned 139.5 points.