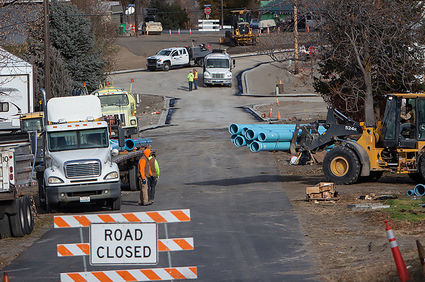 It's been a year filled with news. The Star carried more than 1,200 stories in 2019. Here's a look back at some of them that range from city council dramas to national music awards.

Coulee Dam has a new mayor. Bob Poch was elected by the city council last week to take the place of Larry Price, who resigned Dec. 6, 2018.

Feb. 6 - County sheriffs resisting new gun law - Local county sheriffs are weighing in on Washington's controversial Initiative-1639, which is related to guns and is being challenged in the courts.

Feb. 20 - POWER likely to disband after 30 years - A longstanding local group whose efforts have enhanced area fisheries and outdoor sports for decades is likely to disband, says its longtime leader.

March 13 - New store will open this spring - People who felt the loss of convenience when The Variety Store in Grand Coulee closed down will welcome the news that a new proprietor will open a new store in the same building.

March 20 - Fire station construction contract terminated - A $13.6 million fire station being built for the U.S. Bureau of Reclamation along SR-155 has faced numerous delays, and a bigger delay now with the termination of the contract between the bureau and the construction company.

Changes planned for streets in Electric City - Those who drive around Electric City regularly may be surprised this summer to find that the Y-shaped intersection near city hall will be losing the Western Avenue branch off that intersection that currently forks into Western and Stevens Avenue.

March 27 - Water valve mysteriously opened in Grand Coulee Dam; may or may not have been a crime - A valve deep in the Third Powerhouse at Grand Coulee Dam was opened last week, partially flooding an elevator shaft and an elevator control room, authorities said.

April 3 - City to receive $300,000 from state for sidewalks - Electric City is being awarded $300,000 from the state Transportation Improvement Board's Complete Streets Program.

- A local look at robotics from the classroom to careers - The classic toy LEGO has evolved over the years to incorporate robotics, and students at Nespelem Elementary are using LEGO robots to learn coding and robotics, skills that will be more and more valued in the future.

May 8 - Bureau releases draft regarding possible Geezer Beach restriction; of 34 comments, 33 from locals oppose it - Locals overwhelmingly oppose a U.S. Bureau of Reclamation proposal to ban cars from driving on "Geezer Beach," a beach named after the elderly who frequent the spot because of its easy accessibility.

Feral horse team assembled to address issue on reservation; key critic of past methods is on the team - The Colville Tribes have formed a horse management team to help manage the feral horses on the reservation. The tribes have, in recent years, paid money to remove portions of the feral horse population via controversial roundups using helicopters to herd the animals, which were eventually shipped to Canada for slaughter.

May 22 - Grand Coulee Dam goes virtual - The Grand Coulee Dam was built during the Great Depression and is now entering the future via interactive, 360-degree virtual reality tours becoming available this weekend.

May 29 - Tribes sue big pharma over opioid harm - The Colville Tribes have filed a lawsuit against major manufacturers of opioids, alleging devastating health effects on tribal communities resulting from the drugs.

June 12 - Beach parking banned at Geezer Beach by USBR; Local outcry had been against decision - Despite overwhelming public opinion against the idea, the U.S. Bureau of Reclamation has chosen to ban vehicles from parking on Geezer Beach, located behind the Third Powerhouse of the Grand Coulee Dam.

June 19 - Paddlers for cause launch canoes for Kettle Falls - Several canoes launched from the Crescent Bay boat launch near the Grand Coulee Dam Friday on an eight-day journey toward Kettle Falls.

July 17 - Electric City accepts bid for controversial work; decision on street and sidewalk contract disappoints some residents - Despite criticism from their fire chief, the postmaster and a businessperson who says she'll lose two-thirds of her parking, the Electric City Council accepted a $1.1 million bid from Wheeler Excavation for street and sidewalk work that could begin as soon as August.

July 31 - Grand Coulee Dam School budget balanced, but not for long - The school district will draw on reserves to run Lake Roosevelt Schools for the next couple years, a budget approved last week shows, but financial losses are projected in later years, an issue the superintendent hopes to solve.

Aug. 7 - Hundreds battle fire on reservation - A fire burning on the Colville Indian Reservation, upstream from the Keller Ferry in the Hellgate Game Reserve area has scorched 18,000 acres and was 25 percent contained, as of Tuesday night, as firefighters have con- tended with snakes, bears and smoke too thick for airplanes to help.

Aug. 21 - Salmon released above dam mark first of their kind in 79 years - The Colville Tribes released 30 Chinook salmon at the Keller boat launch, just north of the Keller Ferry, on Aug.16, the first time salmon have been above the Grand Coulee Dam in nearly 80 years.

Sept. 11 - Fire chief fired in Electric City - Now former Electric City fire chief Mark Payne was fired Tues- day night, after the city council voted unanimously to carry out the mayor's recommendation to remove Payne from the post in which he's served since 2013.

Oct. 2 - City breaks ground on Ice Age Park, Project to be finished July 2020 - Officials broke ground on Electric City's first park, an Ice Age-themed area expected to be finished near the end of July 2020 at a cost of over a half million dollars.

Oct 30 - Readers split on idea of four-day school week; most are against the idea Readers responding to an online poll are split on the idea of changing to a four-day week at Lake Roosevelt Schools, with most being against it.

Nov. 6 - Landslide vote brings in new Electric City leaders - In a strong show of disapproval for current government, Electric City voters have chosen a new city council and mayor, casting about four or five times as many votes for the challengers as for incumbents.

- Lake Roosevelt teams heading to state – LR's football team won the league title and got ready for the first round of state, while the volleyball team also would head to the SunDome in Yakima for the first time since 1991.

- Local rodeo going with "the big boys" - The little local rodeo that almost stopped happening nearly a decade ago is poised to join the ranks of the larger professional rodeo world. The Ridge Riders Saddle Club's annual Colorama Rodeo each May will likely join the Professional Cowboys Rodeo Association, following a vote of the Ridge Riders board of directors Nov. 6.

Nov. 20 - CBH: huge hydropower project now far more likely here; six-year project could start in two, bringing in 1000-plus workers - A proposed $1.4 billion hydro- power project is looking more likely to happen in the area, its promoters say, and would bring in 1,000-1,500 workers during construction and create 100-150 permanent jobs. The Banks Lake Pumped Storage Project would be a gravity-fed, pumped-storage system, draining water from Banks Lake, back down to Lake Roosevelt, turning generators in the process, and later pumping the water back up to Banks Lake. 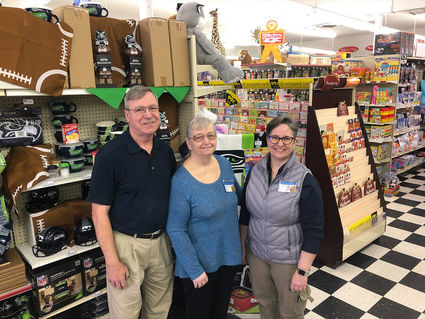 Dec. 18 - Administrator Powers resigning in Electric City - The city administrator in Electric City, who has shepherded through many of the projects that have turned out to be the most contentious in the last few years, will resign in January to work for the engineering firm that designed them.

LR students getting intro to journalism - Lake Roosevelt High School has a new journalism class and a website where you can view their content published under the name "The Galleon."

Dec. 25 - Second Lone Pine fire doused - The second fire in the neighborhood just above the Columbia River along the Lower River Road in about three weeks brought a quick response from firefighting agencies last Wednesday evening and was quickly brought under control.