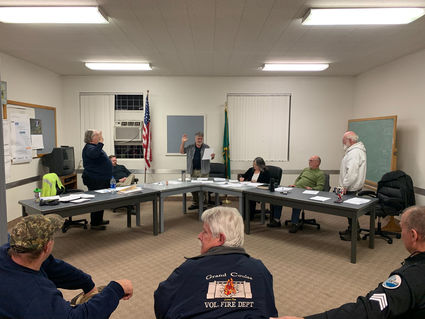 The Grand Coulee City Council discussed the root of all evil at their Dec. 17 council meeting when they approved the city's 2020 budget of nearly $4.7 million.

The topic of money came up multiple times at the meeting in relation to sewer rates being raised $5, ambulance services being treated like a utility, city employee raises, and more.

Sewer rates, having been raised $20 a month las...